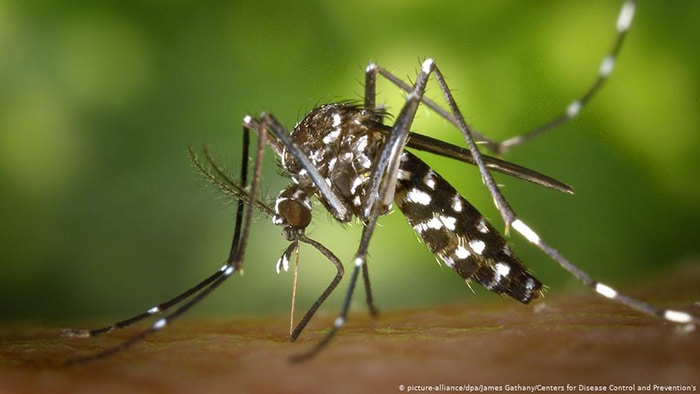 A new study proposes an approach to protecting young children in Africa from malaria, that  could reduce deaths and illness from the disease by 70%.

The trial followed 6,000 children aged under 17 months in Burkina Faso and Mali.

Most of the 400,000 deaths from malaria each year are in the under-fives.

And the mosquito-borne disease is still a major health issue in many parts of sub-Saharan Africa.

The trial, published in the New England Journal of Medicine, focused on giving very young children a vaccine already in use and anti-malarial drugs at the time of year they are most vulnerable – often the rainy season (from June in Burkina Faso), when mosquitoes multiply.

“It worked better than we thought would be the case,” said Prof Brian Greenwood, a member of the research team, from the London School of Hygiene & Tropical Medicine (LSHTM), which led the trial.

“Hospital admissions were less, deaths were less in both countries – and we really didn’t expect to see that.”

Over three years, the trial found three doses of the vaccine and drugs before the worst malaria season, followed by a booster dose before subsequent rainy seasons, controlled infections much better than vaccines or drugs alone – and, the researchers said, could save millions of young lives in the African Sahel.

Among the children who received vaccine doses and drugs, there were:

Among the same number of children who received preventative drugs alone, there were:

The vaccine – called RTS,S and created by GlaxoSmithKline more than 20 years ago – kills parasites that multiply very quickly in the liver, while anti-malarial drugs target parasites in the body’s red blood cells.

Flu vaccines have been used seasonally, to protect people ahead of winter, for many years – but it has rarely been tried for malaria.

The World Health Organization’s global malaria programme director, Dr Pedro Alonso, said: “We welcome this innovative use of a malaria vaccine to prevent disease and death in highly seasonal areas in Africa.”

The vaccine has already reached more than 740,000 children in Ghana, Kenya and Malawi, as part of routine childhood-vaccine programme.

And researchers in Mali say they look forward to “a quick policy decision” by the WHO for this new approach.

No concerning side-effects were found in children in the trial.

And the children involved will continue to receive vaccines, drugs or both until the age of five, with additional findings from the study available next year.

Charity Malaria No More said ending malaria for good was “dependent on the development and delivery of new products and interventions”.

And the government must continue to invest in research projects such as this one.