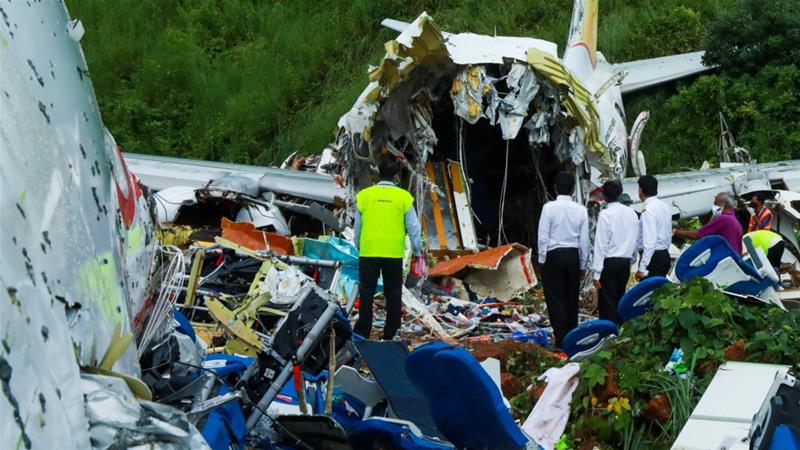 An Air India Express plane with 190 people on board crashed at Kozhikode airport on Friday night killing at least 18 people, officials say.

The Boeing 737, en route from Dubai, skidded off the runway in rain and broke in two after landing at Calicut airport, aviation officials said.

The flight was repatriating Indians stranded in Dubai by the coronavirus crisis.

Prime Minister Narendra Modi said he was “pained by the plane accident”.

The rescue operation at the crash site has now been completed and survivors have been taken to hospitals in Calicut and Malappuram.

The aircraft crashed at 19:40 local time (14:10 GMT) on Friday, as it attempted to land for a second time at Calicut International Airport. The first attempt was aborted by the pilots because of the heavy monsoon-season rainfall lashing Kerala.

India’s Civil Aviation Minister, Hardeep Singh Puri, tweeted that the aircraft “overshot the runway in rainy conditions”, then plunged down a 35ft (10.6m) slope, before breaking in two.

Pope Appoints 6 Women To Senior Positions In The Vatican