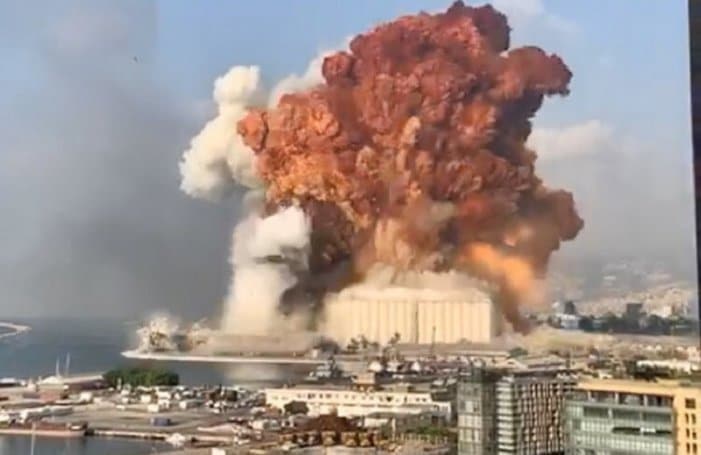 Rescue workers are still struggling to treat thousands of people wounded in a massive blast in Beirut that happened on Tuesday.

The explosion was so powerful it could be felt more than 150 miles away in Cyprus. It demolished whole sections of the city. It happened near the port of Beirut on Tuesday evening.

The waterfront neighborhood, normally full of restaurants and nightclubs, was essentially flattened. A number of crowded residential neighborhoods in the city’s eastern and predominantly Christian half were also ravaged.

The death toll rose to more about 135, but with an untold number still missing, officials expected that figure to rise. More than 4,000 people were injured, overwhelming the city’s hospitals.

“What we are witnessing is a huge catastrophe,” the head of Lebanon’s Red Cross, George Kettani, told the Beirut-based news network Al Mayadeen. “There are victims and casualties everywhere.”

With no electricity in most of the city, emergency workers could not do much until the sun rose, when they joined residents digging through the wreckage even as fires still smoldered around them.

“There are many people missing until now. People are asking the emergency department about their loved ones and it is difficult to search at night because there is no electricity,” the Lebanese health minister, Hamad Hasan, told Reuters.

“We need everything to hospitalize the victims, and there is an acute shortage of everything,” Mr. Hassan told local news stations on Wednesday morning.

The government’s minister of information, Dr. Manal Abdel Samad Najd, said after a Wednesday Cabinet meeting that the country would enter a two week state of emergency, according to Lebanon’s National News Agency. The measure also gave the security forces authority to impose house arrest on anyone involved in the storage of ammonium nitrate at the port while the investigation into the explosion continues.

Maj. Gen. Abbas Ibrahim, the head of Lebanon’s general security service, told the state-run national news agency that warned against getting “ahead of the investigation” by speculating that it was a terrorist act.