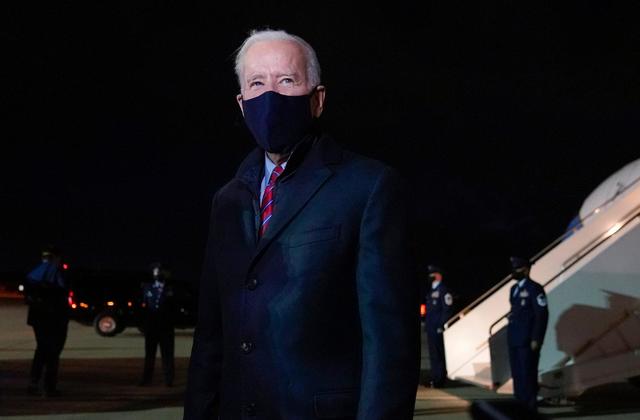 Mr Biden told CBS News that while he didn’t want to “speculate out loud”, he had concerns over Mr Trump being briefed.

Outgoing presidents are usually given access to briefings, but that is solely the decision of the current president.

Mr Trump is due to face his second impeachment trial next week, following the violence at the US Capitol which saw five people die.

However, Mr Biden said his hesitance to allow Mr Trump access to the briefings was due to the former president’s “erratic behaviour unrelated to the insurrection”.

White House press secretary Jen Psaki has said the issue of granting Mr Trump access was “something that is under review”.

Mr Trump had a turbulent relationship with the American intelligence throughout his four-year presidency, and both Democrats and former Trump officials have questioned his access to briefings.

She said Mr Trump’s “post-White House ‘security profile’ is daunting. Any former president is by definition a target and presents some risks. But a former president Trump, even before the events of last week, might be unusually vulnerable to bad actors with ill intent”.

She also drew attention to Mr Trump’s business concerns, and reports that he was in debt to the tune of about $400m.

After Mr Trump’s term ended in January, Mr Schiff said: “There’s no circumstance in which this president should get another intelligence briefing. I don’t think he can be trusted with it now, and in the future.”

Next week the Senate will decide whether to convict Mr Trump, and vote to decide whether he will ever be able to hold office again. Mr Trump has refused to testify at the trial.