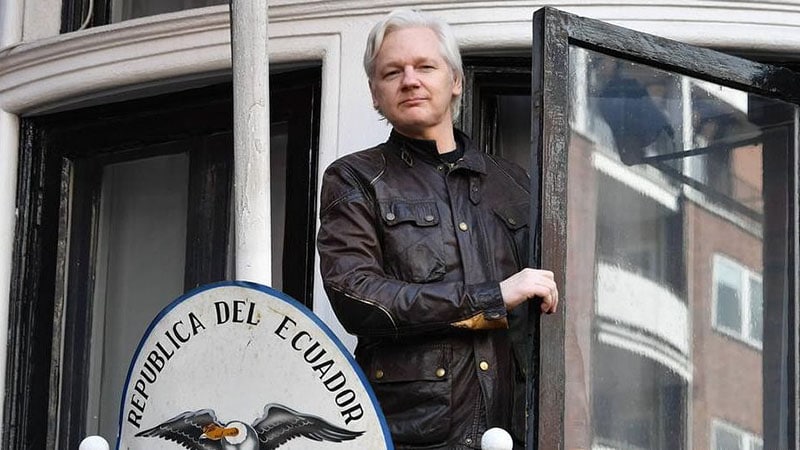 An Ecuadorian court on Monday ruled to revoke the citizenship of WikiLeaks founder Julian Assange, according to a judgment published by the Judicial Branch of Ecuador.

This decision now nullifies Assange’s status as a naturalized citizen of Ecuador, which was granted to him in December 2017 by then-President Lenín Moreno.

The ruling is to be appealed according to Carlos Poveda, Assange’s lawyer in Ecuador.

Assange is an Australian who has spent almost seven years hiding in the Ecuadorian Embassy in London protected by asylum status, avoiding extradition to Sweden.

He was eventually arrested in 2019 by London’s Metropolitan Police in connection with bail-skipping charges and a separate extradition warrant from the United States Justice Department on a charge of conspiracy to steal military secrets, stemming from WikiLeaks’ publication of classified documents.

His arrest came after the Ecuadorian embassy lost patience with the WikiLeaks founder and revoked his asylum status. At the time, then-Foreign Minister José Valencia and then-Interior Minister María Paula Romo accused Assange of riding scooters around the cramped embassy hallways, insulting staff and smearing feces on the walls.

The Ecuadorian government had also been annoyed by Assange’s vocal support for the Catalonian independence movement, which the South American country worried could damage its relations with Spain.

Assange is currently in prison in the United Kingdom for violating his bail conditions when he entered Ecuador’s London embassy to elude extradition to Sweden. Swedish prosecutors dropped their investigation of sexual molestation and coercion against him in 2015 and their investigation into rape allegations in 2020.

In January a British judge rejected Washington’s request to extradite Assange to the US, ruling that such a move would be “oppressive” by reason of his mental health.