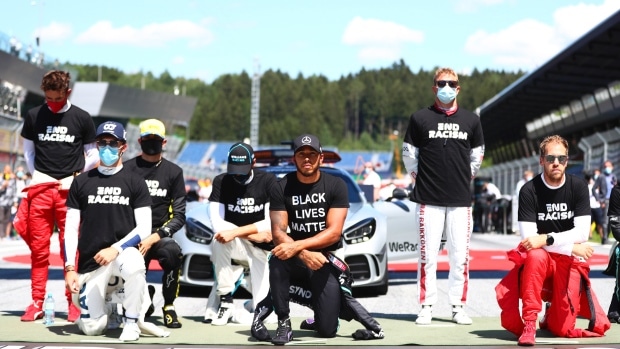 Formula1 drivers took collective stance against racism before Sunday’s season-opening race, but some are not comfortable with the kneeling gesture. Lewis Hamilton said he had made his point to the drivers at a meeting on Friday.”I described the scenario that silence is really generally complicit. There is some silence in some cases,” he said.

Ferrari’s Charles Leclerc and Red Bull’s Max Verstappen say they will not take the knee before the season-opening Austrian Grand Prix.  Both have emphasised their support for the fight against racism.They are the first two drivers to state their position on a topic that has caused controversy among the F1 drivers.All drivers are planning to make a collective public stance and will wear and display T-shirts stating “End Racism”.

Racism isn’t just Black people’s problem; it’s everyone’s problem because it erodes the fabric of society. Leaders at every level must use their power, platforms, and resources to help employees and communities overcome these challenges and build a better world for us all.

How the race finished

Drivers take anti-racism stance ahead of race, six choosing not to ‘take the knee’