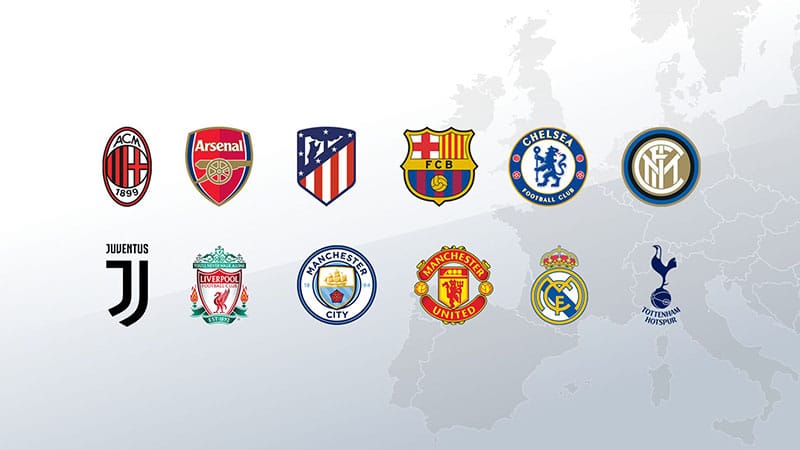 A group of 12 select English, Spanish and Italian clubs have decided to split European football by announcing the creation of a largely closed Super League (SL).

The clubs said on Sunday night they were leaving the existing UEFA-run Champions League structure despite warnings they could be kicked out of their domestic competitions and face legal action. UEFA stands for the Union of European Football Associations.

The move came after said clubs defaulted on a promise on Friday to back the plan by UEFA – European football’s governing body – to expand the Champions League beginning in 2024.

Real Madrid President Florentino Perez would be the founding chairman of the new league, which said it “intended to commence as soon as practicable” as a 20-team competition playing in mid-week matches like the current Champions League and Europa League.

On Monday, JP Morgan said it was financing the league.

Only 12 clubs have signed up for now – with none from France or Germany – but the SL hopes for three more as permanent members.

The competition format includes 20 participating clubs with 15 founding clubs and there will be a mechanism for a further five teams to qualify annually based on their performance in the earlier football season, according to an SL statement.

The competition would begin with two groups of 10 teams, with the top three from each group advancing to the quarterfinals.

The teams finishing fourth and fifth would be involved in a play off to complete the last-eight line up.

The knockout phase would still feature two-legged quarterfinals and semifinals before a single fixture final.

The new league SL confirmed that each of the 15 founding members would get a share of at least 3.5 billion euros ($4.2bn) in initial infrastructure grants.

“We will help football at every level and take it to its rightful place in the world,” Chairman Perez said in a statement.

“Football is the only global sport in the world with more than four billion fans and our responsibility as big clubs is to respond to their desires.”

Joel Glazer, the co-owner of Manchester United and SL vice chairman, said: “By bringing together the world’s greatest clubs and players to play each other throughout the season, the Super League will open a new chapter for European football, ensuring world-class competition and facilities, and increased financial support for the wider football pyramid.”

The reaction from UEFA & Others

UEFA warned clubs that joining the “cynical project” based on self-interest would see them banned from playing in any other competition – domestic, European or global.

It said their players could be denied the opportunity to represent their national teams.

“UEFA, the English FA, RFEF, FIGC, the Premier League, La Liga, Lega Serie A, but also FIFA and all our member associations – will remain united in our efforts to stop this cynical project, a project that is founded on the self-interest of a few clubs at a time when society needs solidarity more than ever,” it said in a statement.

“We will consider all measures available to us, at all levels, both judicial and sporting in order to prevent this happening.”

FIFA issued a statement in January warning that players in a Super League could be banned from the World Cup.

“FIFA can only express its disapproval to a ‘closed European breakaway league’ outside of the international football structures,” it said in a statement on Sunday.

The English Premier League said the Super League would “undermine the appeal of the whole game” by going against the principles of open competition.

There was even an intervention by British Prime Minister Boris Johnson, who warned that a Super League would be “very damaging”.

Here is some other reaction to the formation of the league:

Former Manchester United manager Alex Ferguson: “Talk of a Super League is a move away from 70 years of European club football. In my time at United, we played in four Champions League finals and they were always the most special of nights.”

French President Emmanuel Macron: “The president of the Republic welcomes the position of French clubs to refuse to participate to a European football Super League project that threatens the principle of solidarity and sporting merit.”

Former Manchester United captain Gary Neville: “I’m disgusted with Manchester United and Liverpool the most. They’re breaking away to a competition they can’t be relegated from? It’s an absolute disgrace. The owners of Man United, Liverpool, Chelsea and Man City have nothing to do with football in this country.”

England’s Football Association: “It is clear that this would be damaging to English and European football at all levels and will attack the principles of open competition and sporting merit which are fundamental to competitive sport.”