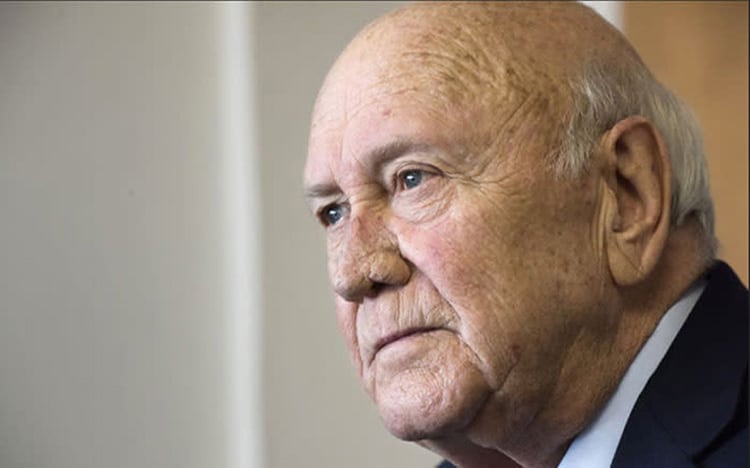 Born Afrikaner, he fervently defended the separation of the races but later led the country in a transition to democracy.

“Former President FW de Klerk died peacefully at his home in Fresnaye earlier this morning following his struggle against mesothelioma cancer,” the FW de Klerk Foundation said in a statement.

De Klerk and South Africa’s first Black President Nelson Mandela shared the Nobel Peace Prize in 1993 for leading the transition from white rule in the country.

De Klerk leaves behind a complicated legacy in a country still scarred by the long-lasting consequences of the white minority rule which he helped usher out.

He had been diagnosed in March with mesothelioma, a cancer that affects the tissue lining the lungs.

“He is survived by his wife Elita, his children Jan and Susan and his grandchildren,” the foundation said, adding that the family would in due course make an announcement regarding funeral arrangements.