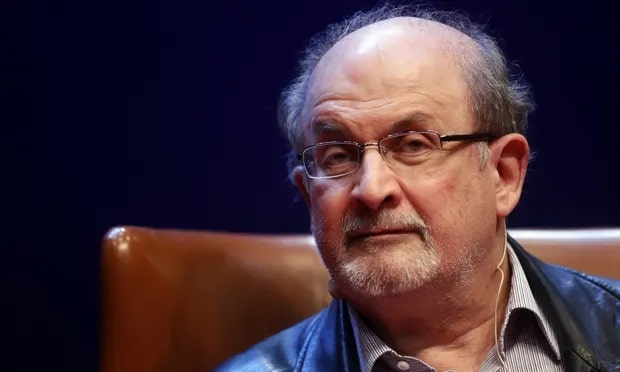 Salman Rushdie was stabbed repeatedly before a scheduled public appearance in New York over the weekend and is reported to be recovering with severe, “life-changing” injuries.

He was getting ready for a lecture at the Chautauqua Institution when a man ran on stage and stabbed him.

Two days after the attack, Rushdie’s son, Zafar Rushdie, said his father was well enough to be taken off a ventilator, had been able to speak and his “usual feisty and defiant sense of humour ” was still intact.

Read on for a guide to Rushdie and why some people wanted him dead.

Who is Salman Rushdie?

Rushdie is an author, best known for his 1988 novel The Satanic Verses — labeled by publishing house Penguin Books as one of the most controversial books of modern times.

The 75-year-old was born into a Muslim Kashmiri family in Bombay, now Mumbai, before moving to the UK.

He now lives in New York City as a US citizen.

Rushdie is a self-described lapsed Muslim and “hardline atheist”.

So why is he wanted dead?

Some Muslims said The Satanic Verses contained blasphemous passages and mocked their beliefs.

The novel draws on elements of the life of Islamic Prophet Mohammed and the origin story of the Qur’an.

In Rushdie’s book, Salman [a character in the novel], for example, attributes certain actual passages in the Qur’an that place men “in charge of women” and give men the right to strike wives from whom they “fear arrogance”, to Mahound’s sexist views.

The British government in turn put him under police protection, with had Rushdie in hiding for nearly a decade.

Rushdie professed his regret for causing distress to Muslims while he was in hiding, but the fatwa remained.

While he has lived a freer existence since Iran’s then-president Mohammad Khatami said the affair was “completely finished” in 1998, there were still many who wanted him dead.

A bounty of more than $US3 million was offered for his murder.

What is he famous for?

Rushdie is an acclaimed author, with a knighthood for services to literature and a Booker Prize.

But the fatwa and the controversy surrounding The Satanic Verses made him even more well-known.

“There was a moment when American sitcoms couldn’t stop making references to me,” Rushdie said in a 2012 interview on George Stroumboulopoulos Tonight.

“I wasn’t there, but I was in the storyline of Cheers and there was a moment in one of the last episodes of The Golden Girls.”

Rushdie’s name was also dropped a few times in an episode of Seinfeld. He also made an appearance in the movie Bridget Jones Diary.

Rushdie’s “road to recovery has begun” but “will be long”, the novelist’s agent has said.

“The injuries are severe,” said his agent, Andrew Wylie, referring to stab wounds that the author suffered to his neck, stomach, eye, chest and thigh. “But his condition is headed in the right direction.”