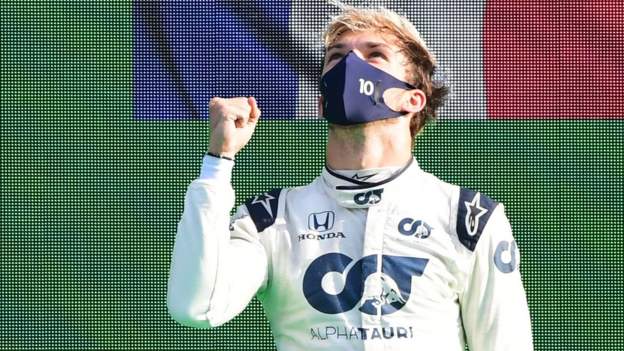 World champion Lewis Hamilton , only seventh at Monza after penalty for entering closed pit lane; he took the blame for the race-losing penalty.  Hamilton was thrilled for new F1 winner Gasly: stating”It’s so fantastic to see him recover and grow”

Gasly delivered a fairytale ending to an incident-filled race by becoming F1’s 109th different race-winner, with his against-the-odds triumph in the AlphaTauri coming little over a year after he was demoted to the junior team by Red Bull, just 12 races into his career with the front-running team.

It was the latest storming performance from Gasly, who in 2020 has outshone his Red Bull replacement Alex Albon, and he was a popular winner, earning glowing praise and tributes from across the grid.