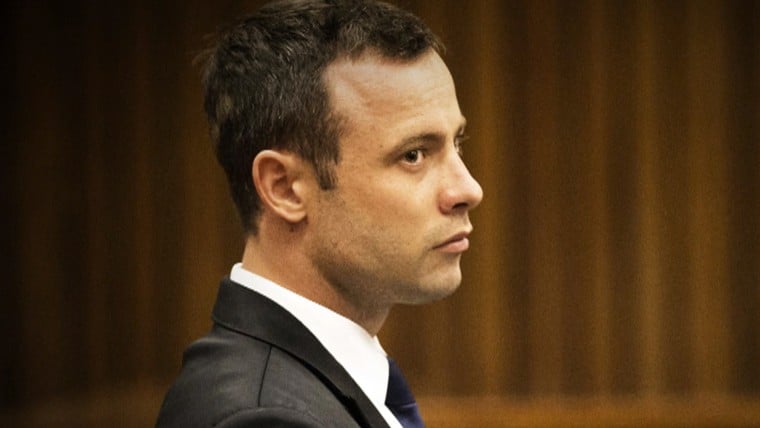 The South African Paralympic athlete Oscar Pistorius, who is in prison for murdering Reeva Steenkamp, his then girlfriend, may soon meet her parents as part of the parole deal, officials say.

He first has to take part in what is called “restorative justice”.

Pistorius shot Reeva Steenkamp dead in 2013 saying he mistook her for a burglar at his home in the capital, Pretoria. He fired four times through a locked toilet door.

In a trial that was followed worldwide in 2014, he was given a five-year term for manslaughter. But Pistorius was found guilty of murder on appeal in 2015 and the sentence was later increased to 13 years and five months.

In a statement, South Africa’s department of correctional services said it was talking to the Steenkamp family about a possible meeting.

Outlining what needs to happen before parole is considered, the statement says that offenders must “acknowledge and take responsibility for their actions”.

As part of the restorative justice process there has to be “an opportunity for parties to reconcile or an apology”.

The Steenkamps’ lawyer, Tania Koen, told national broadcaster SABC that they “would like to participate in the victim-offender dialogue”.

“June [Steenkamp, Reeva’s mother] has always said that she has forgiven Oscar, however that doesn’t mean that he mustn’t pay for what he has done… Barry [Steenkamp, Reeva’s father] battles with that a bit, but that is something he will have to voice at the appropriate time,” Ms Koen added.

Being eligible for parole is not the same as being entitled to it and so it is not a forgone conclusion that he will be released, the lawyer said. The authorities will also have to consider a number of reports written by prison officials as well as other professionals.

There had also been some confusion over when the parole process could begin.

It was widely believed that it would not be until March 2023, but the Steenkamps were “very shocked and quite taken aback” that he was already eligible, Ms Koen said.

Prior to the murder, Pistorius had become well known as a Paralympic gold medallist. In 2012, he made history by becoming the first amputee sprinter to compete at the Olympics running on prosthetic “blades”.

His legs were amputated below the knee when he was 11 months old because he was born without fibula bones.