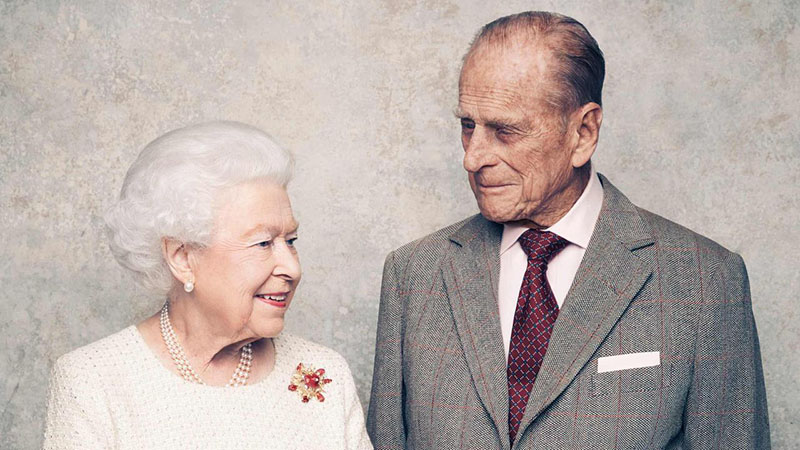 Prince Philip died at Windsor Castle on Friday 9 April, aged 99. His service to Britain and stanch loyalty to Queen Elizabeth will be celebrated at the Duke of Edinburgh’s funeral today.

Prince Philip’s association with the Royal Navy and love of the sea will be a focus of the Windsor Castle ceremony. No sermon will be delivered, in line with his wishes.

More than 730 members of the armed forces are taking part in the event, but there is a limit of 30 mourners at St George’s Chapel, under Covid rules.

The service will start after a national minute’s silence at 15:00.

His body is now resting in the private chapel at Windsor Castle before being moved to the State Entrance.

His coffin will be placed on a modified Land Rover that the duke himself helped to design, and carried in a procession the short distance to St George’s Chapel.

The funeral service will be conducted by the Dean of Windsor, with the Archbishop of Canterbury pronouncing the blessing.

Buckingham Palace said the funeral plans had been modified to take into account public health guidelines.

The funeral will take place entirely within the grounds of the castle and the public have been asked not to gather there or at other royal residences.

The congregation will put on masks and socially distance in line with Covid lockdown rules, with the Queen seated alone.

But the ceremonial aspects of the day and the service remain in line with Prince Philip’s wishes and will reflect his military affiliations and personal elements of his life.

Ahead of the funeral, the Queen shared a favourite photograph of herself with the Duke of Edinburgh, showing the couple in Aberdeenshire.

Taken by the Countess of Wessex in 2003, the picture shows the couple relaxing on a picnic rug on the grass at the Coyles of Muick beauty spot, near the Queen’s private estate of Balmoral.

The Queen released one her favourite photos ahead of the funeral

The 30 guests at the funeral will wear morning coats with medals, or day dress, but not military uniform.

The Queen and duke’s four children – the Prince of Wales, the Princess Royal, the Duke of York and the Earl of Wessex and – as well as their eight grandchildren – will be in attendance, but none of their young great-grandchildren.

Spouses of the children and grandchildren will join the congregation, including two who have married into the family in recent years – Jack Brooksbank and Edoardo Mapelli Mozzi, husbands of Princesses Eugenie and Beatrice.

But the Duke of Sussex’s wife, the Duchess of Sussex, is heavily pregnant and was advised by her doctors not to fly in from the US.

The other mourners include the children of the Queen’s sister, Princess Margaret, and three of Prince Philip’s German relatives – Bernhard, the Hereditary Prince of Baden; Donatus, Prince and Landgrave of Hesse; and Prince Philipp of Hohenlohe-Langenburg.

When the procession arrives at St George’s Chapel, a Royal Marines bearer party will carry the coffin into the service.

And buglers of the Royal Marines will sound Action Stations – a signal that all hands should be ready for battle – as the coffin is lowered into the royal vault at the end of the service.

A reduced choir of four singers will feature but the congregation will follow Covid restrictions and not sing.

A ceremonial gun fire at nine locations across the UK, and in Gibraltar, will mark the start and end of the national minute’s silence.

Heathrow Airport said no planes would land or take off for six minutes to coincide with the silence.

Meanwhile, all major sporting events have been rescheduled to avoid a clash with the funeral.