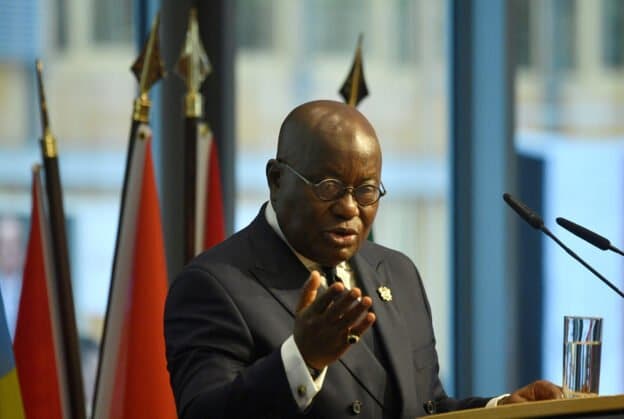 President Nana Akufo-Addo of Ghana won re-election with 51.59 percent of the vote as results from the election commission showed on Wednesday, which have been said to be free and fair by observers .

Five people were killed in election violence since Monday, police said even though observers have said the election was well-organised.

The Ghanaian Police Service has said that there were more than 60 incidents at Monday’s vote, in which President Nana Akufo-Addo ran for re-election against his main rival, former president John Mahama, and 10 other candidates.

“Twenty-one of the incidents are true cases of electoral violence, six of which involve gunshots resulting in the death of five,” it said.

Independent observers this week congratulated Ghana for conducting largely peaceful polls, in line with its reputation as one of West Africa’s most stable democracies.

But tensions have risen as the camps of Mahama and Akufo-Addo said their tallies showed their candidate in the lead.

Though the polling on Monday was observed as generally free and fair, but the president’s main opponent Mahama accused his rival of showing “credentials that are very undemocratic”.

Akufo-Addo, he alleged, had harnessed the military in a bid to sway the outcome.

“You cannot use the military to try and overturn some of the results in constituencies that we have won. We will resist any attempts to subvert the sovereign will of the Ghanaian people,” the 62-year-old former president said.

Mahama made the accusations after rumours circulated on social media that he conceded defeat.

He also bluntly rejected Mahama’s claim that his centre-left National Democratic Congress (NDC) had won a majority, of 140 seats, in the 275-member parliament.

Mahama and Akufo-Addo, 76, are old rivals who have faced off at the ballot box twice before.

Mahama was president for four years until 2016 before being succeeded by Akufo-Addo. Both of those elections were determined by small margins.

Akufo Addo has promised to implement a $17bn programme to boost Ghana’s economy after the coronavirus pandemic hit the price of key oil and cocoa exports, resulting in the first quarterly contraction in nearly 40 years.

He will be under pressure to check government spending that has pushed the debt-to-GDP ratio past 70 percent and prompted warnings from the International Monetary Fund.

When will African countries get the Covid-19 vaccine