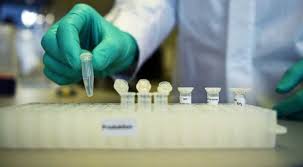 Canada’s British Columbia has launched a new gargle method which will be a relief to young children as it is targeted at students from 4 to 19.

“It is one of the first of its kind around the world,” said Dr. Bonnie Henry, British Columbia’s provincial health officer, at a press conference Thursday.

The B.C. Centre for Disease Control says the new test is just as accurate as tests using a nasal swab and is much easier to administer for children.

The announcement comes as Canada sees a doubling of new daily cases in the last month. A recent report suggests children do spread the virus, even when they have mild or no symptoms.

“This is a new saline gargle where you put a little bit of normal saline, so sterile water, in your mouth and you swish it around a little bit and you spit it into a little tube and that’s an easier way to collect it for young people,” said Dr. Henry.

B.C. public health officials say they compared test results in both children and adults and found the rate of Covid-19 detection was very similar between the nasal swab and the new gargle test.

While the sample will still have to be taken to a lab for processing the test does not have to be administered by a healthcare professional.

The country’s seven-day average for new Covid-19 cases edged upward to 849 Friday, and public health officials said Canadians under the age of 40 are fueling the surge in cases. It’s a 123% increase from a month ago, when the seven-day average stood at 380.

Canadian provincial leaders say they are fed up with young people recklessly gathering at restaurants, bars, private homes and even parks and beaches.

Quebec announced a sweeping police operation for this weekend saying law enforcement officials would visit more than 1,000 bars and restaurants to make sure owners and patrons are complying with health regulations.