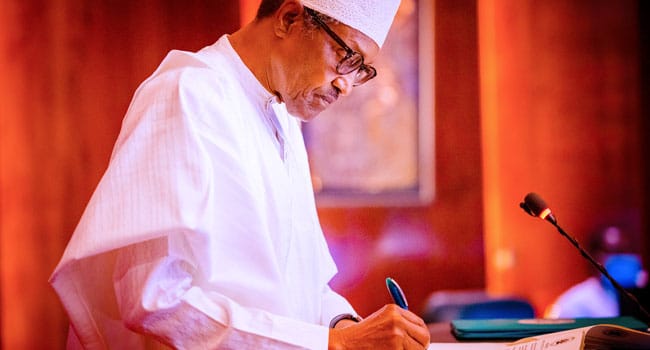 The much-awaited news came via a tweet by the Nigerian minister of Communications & Digital Economy, Isa Pantami. It comes a year after the draft bill was first submitted to the Presidency and the Federal Executive Council, three months after the senate passed the bill.

The Nigeria Startup Bill was drafted to create an improved enabling environment for Nigerian startups to launch and scale their products and prevent the regulatory hurdles that tech startups in Nigeria have had to battle with and address lack of basic services like power supply and funding.

It is also to address issues leading to setbacks in the past such as the ban on bike hailing and cryptocurrencies.

Here’s a brief timeline of the bill before it became an Act:

October 2021: A draft of the bill is submitted to the Presidency and the Federal Executive Council (FEC).

March 2022: The bill reaches the National Assembly and is received by the Nigerian Senate.

July 2022: Nigerian Senate approves the bill and passes it to the House of Representatives.

July 2022: The House of Reps passes the bill to the president for approval.

October 2022: President Muhammadu Buhari signs the bill into law. The Council for Digital Innovation and Entrepreneurship will govern the bill. It comprises the president, the governor of Nigeria’s apex bank, representatives of the Startup Consultative Forum, the Director-General of Nigeria’s information and technology regulator and other key government and private officials. They will oversee policy guidelines and realization of the bill’s objectives, which include fostering collaboration between startups and policymakers — and ensuring that Nigeria’s laws and regulations are clear, planned and work for the tech ecosystem.

One of the 3 objectives of the Nigeria Startup Act is to bridge the engagement gap between startups and regulators and ensure that harmful regulations like these are shut down. Among other things, the bill also seeks to encourage the establishment, development and operation of startups in the country via incentives like tax breaks, government loans including a  ₦10 billion fund from the federal government, and credit guarantee schemes.

The NSB—now NSA—has provisions for tax breaks for new startups, and also provides tax incentives for foreign service providers. It also delineates requirements for registration and licensing or labelling of startups.

Several African countries have launched similar bills over the last couple of years with the same objectives. They include Tunisia, Kenya, Senegal and Ethiopia.