New Malaria vaccine: What you need to…

What are the Pandora Papers? Biggest ever…

Japan’s Princess Mako to forgo up to… 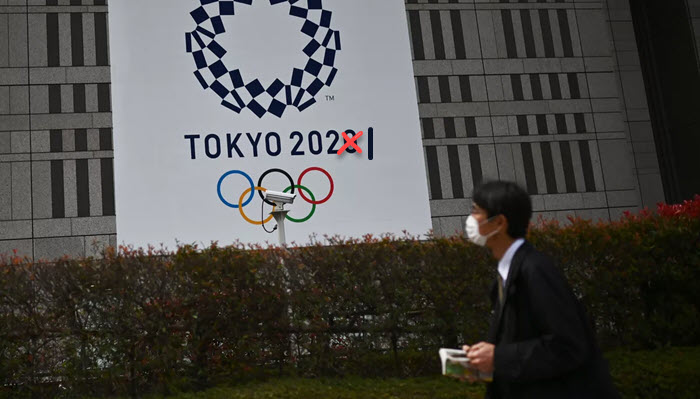 The Tokyo Olympic Games opening ceremony will be kicking off today Friday, July 23rd at 8PM in Japan; 11am UTC.

With the renown event having to be postponed from 2020 to this year, meaning extra preparation time, more than 11,300 athletes from 207 nations will compete over the next couple of weeks, all competing to get their hands on the medal they’ve worked so long for.

An Olympics in a pandemic

Masks, quarantine, saliva tests. Make no mistake, these are an Olympics like no other.

With Tokyo in a state of emergency throughout the Olympics after a spike in Covid-19 infections, the Games have come under huge criticism from the Japanese public, the majority of whom have said they want the Olympics to be cancelled or postponed again.

But safety is paramount for the organisers, and huge precautions are being taken, including holding the Games behind closed doors with no fans, from either Japan or overseas, being permitted inside venues.

As for the athletes, they are under strict restrictions too. They must wear a face mask at all times – except when eating, drinking, training, competing or sleeping – and minimise physical interaction with others, and are being tested for Covid-19 every day.

But unfortunately the virus has affected the Games already, before they have officially started.

On Friday, 19 new cases of Covid-19 were reported, bringing the total of cases related to Games personnel to 106. There have been 11 positive cases among athletes in Tokyo.

Six British athletes have had to isolate in their rooms after being identified as close contacts of someone on their flight who later tested positive for Covid-19.

US tennis player Coco Gauff had to pull out of her debut Games after testing positive before arriving in Tokyo, while Team GB’s Dan Evans and Johanna Konta and world number one shooter Amber Hill withdrew for the same reason.

There will be a record 339 medal events held across 33 sports, with five new sports – and 34 new events in total – added to the Tokyo 2020 programme by the IOC. Some 48.8% of athletes competing at the Tokyo Olympics are women – a record figure.

The five new sports are karate, skateboarding, sport climbing, baseball/softball and surfing. Baseball and softball technically aren’t ‘new’ sports on the Olympic programme, but they haven’t been contested at a Games since Beijing 2008.

New events have been introduced to the boxing, canoe slalom, canoe sprint, cycling, rowing and swimming programmes, while there are new mixed-gender events including a 4x100m mixed medley relay in swimming and a mixed relay in triathlon.

This year’s Games are also doing their bit for sustainability. The medals are made from recycled mobile phones, while the Olympic torch was made from aluminium waste from temporary housing built in the aftermath of the 2011 Great East Japan Earthquake.

Only eight new competition venues have been built from scratch, while much of the energy powering Tokyo 2020 comes from renewable sources.

American gymnast Simone Biles was one of the standout stars in Rio five years ago.

The 24-year-old won four golds and one bronze at her debut Games and is set to compete in all five events again. If she defends her all-around title she would be the first Olympic gymnast to do so since 1968.

Two more Americans are expected to dominate in the swimming pool. Caeleb Dressel has ‘just’ the two Olympic golds so far but the 24-year-old is favourite to win up to six gold medals in Tokyo, while Katie Ledecky, who won four golds in Rio to add to her one from London 2012, is expected to compete in up to six events.

Serbia’s tennis world number one Novak Djokovic continues his pursuit of a Golden Grand Slam, having won the Australian Open, French Open and Wimbledon titles this year, and needing the Olympic and US Open titles to complete the feat.

Also anticipated will be the performance from 43-year-old transgender weightlifter Laurel Hubbard.

New Zealand’s Hubbard, who broke male national records as a junior, will be the first trans athlete to compete at the Olympics in an individual event – the women’s 87kg category.