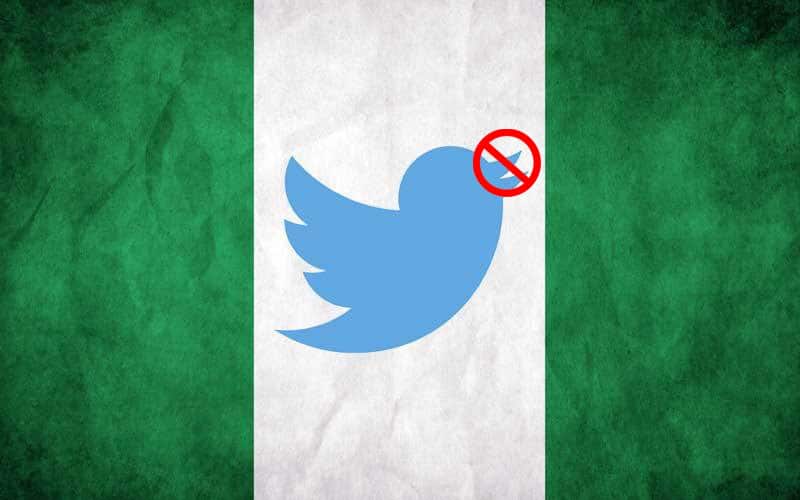 The Nigerian government’s decision to suspend the operations of Twitter in the country yesterday is sparking a flood of Internet outrage in Africa’s most populous country.

This decision which comes two days after the social media network removed a post from President Muhammadu Buhari that threatened to punish regional secessionists for attacks on government buildings will result in telecoms companies in the country preventing Nigerians from using Twitter.

Here’s the statement issued by the ministry:

The Federal Government has suspended indefinitely the operations of the microblogging and social networking service Twitter in Nigeria. The Minister of Information and Culture, Alhaji Lai Mohammed, announced the suspension in a statement issued in Abuja on Friday, citing the persistent use of the platform for activities that are capable of undermining Nigeria’s corporate existence.

The Minister said the Federal Government has also directed the National Broadcasting Commission (NBC) to immediately commence the process of licensing all OTT and social media operations in Nigeria.

Buhari, who was the country’s Head of State in the 1980s and served in the army against secessionists, said young Nigerians in the country’s southeastern part were too young to remember the horrible events that occurred during the war. According to him, the activities of the present-day secessionists are likely headed toward war; hence, it was proactive to stop them beforehand with force.

“Those of us in the fields for 30 months, who went through the war, will treat them in the language they understand,” he said.

Following its decision, Mr Mohammed called out the social media giant by saying its decision was biased and said the president had a right to express his thoughts on events that affect the country. He also raised suspicion about the platform’s intention in the country. “Twitter may have its own rules; it’s not the universal rule. If Mr President anywhere in the world feels very bad and concerned about a situation, he is free to express such views… The mission of Twitter in Nigeria is very, very suspect,” he said.

Nigerian Twitter users have played an outsize role in trying to hold their government to account. The platform was one of the key forms of communication and publicity for protesters in EndSARS, a youth-driven movement that began with calls to abolish an abusive police unit and which led to much wider demands for better governance in West Africa’s biggest democracy.

We are deeply concerned by the blocking of Twitter in Nigeria. Access to the free and #OpenInternet is an essential human right in modern society.

We will work to restore access for all those in Nigeria who rely on Twitter to communicate and connect with the world. #KeepitOn

Back in April, Twitter opted for Ghana to be its African headquarters when many thought the social media company would’ve chosen Nigeria. It cited the former’s support of free speech, online freedom, and the Open Internet as reasons for its choice, which was a smart move judging by today’s event.

Shutdowns of the internet or social media are increasingly used by governments around the world, particularly in election periods. Countries that have censored Twitter include China and Iran.