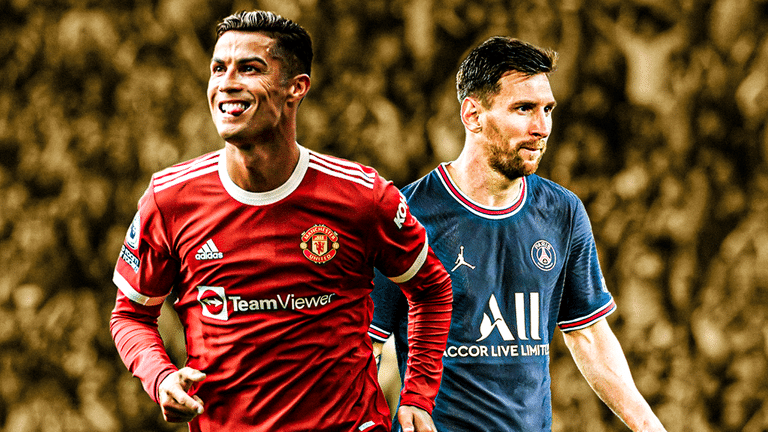 According to Forbes  Cristiano Ronaldo is ahead of rival Lionel Messi as the highest-paid football player in the world.

Ronaldo is going to to receive $125 million before taxes in the 2021-22 season. $70 million comes from salary and bonus for his return to United, where between 2003 and 2009 he delivered three consecutive Premier League titles and a Champions League crown. The rest comes from personal endorsements and partnerships with brands including Nike, Herbalife, Clear and his ever-expanding CR7-branded portfolio that includes perfume, underwear, eyewear, hotels, gyms and more. Only three other active athletes make more commercially: Roger Federer ($90 million), LeBron James ($65 million) and Tiger Woods ($60 million). Ronaldo marked his return to Man U’s Old Trafford by hitting the back of the net twice. He now has four goals in three games on the season in the world’s best league.

Down one spot from his longtime rival, Lionel Messi, 34, who after 21 years at Barcelona moved to PSG, where he will be paid $75 million this season, helping put him at No. 2. Messi’s move to PSG was forced after Spain’s La Liga clamped down on FC Barcelona’s wage spending, forcing the club to end negotiations with its record six-time world’s top player of the year, who had played for Barça since he was 13 years old. He also has an estimated $35 million in endorsements from the likes of Adidas, Pepsi, watchmaker Jacobs & Co. and Budweiser, which he just picked up last year under a three-year deal.

PSG now claims three of the world’s five highest-paid players, including the No. 3 29-year-old Neymar, once again with $95 million.

Liverpool’s Mohamed Salah, 29, rounds out the top five with $41 million.

Forbes compiles its list by speaking to clubs, sponsors, player agents and financial experts and estimates the top 10 earners will collect pretax earnings of $585 million this season, an increase on last year’s haul of $570 million.

Japan’s Princess Mako to forgo up to $1.35 million payment to marry commoner