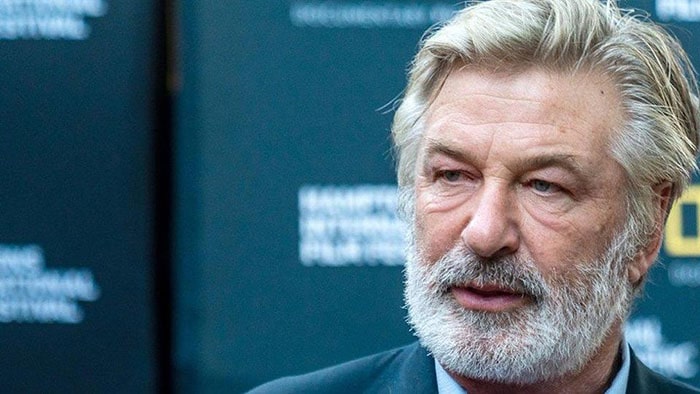 On a New Mexico film set last week actor Alec Baldwin was practicing drawing his gun, when director of photography Halyna Hutchins, 42, was killed says director who was injured in the shooting; affidavit for a search warrant shows.

Joel Souza, director of the film “Rust,” was also shot in the shoulder during same incident when the prop gun went off during a rehearsal at the Bonanza Creek Ranch in Santa Fe Thursday.

Souza spoke to investigators Friday, according to the affidavit released by the Santa Fe County Sheriff’s Office on Sunday.

According to Souza, Baldwin was “sitting in a pew in a church building setting, and he was practicing a cross draw,” the affidavit said. A cross draw is when a shooter pulls the weapon from a holster on the opposite side of the body from the draw hand.

Souza was looking over Hutchins’ shoulder “when he heard what sounded like a whip and then loud pop,” according to the affidavit.

Souza recalled Hutchins “complaining about her stomach and grabbing her midsection” after the shot was fired, the document said.

Investigators also talked with camera operator Reid Russell, who was standing next to Souza and Hutchins at the time of the incident, the affidavit said.

Russell recalled Hutchins “saying she couldn’t feel her legs” and medics treating her as she was bleeding on the floor, investigators said.

Both Souza and Russell acknowledged difficulties on set that day because of a walkout of some members of the camera department over payment and housing. Due to the labor problems, Souza said they had only one camera available to use that day, and it was not recording at the time of the incident.

Souza also confirmed to an investigator that he heard the term “cold gun” on set, meaning the firearm should have been empty.

According to the warrant, Souza said three people had been handling the guns or firearms for scenes — they were checked by the armorer and first assistant director and then given to the actor using them.

The investigator said Souza was unaware of anyone on set being checked to see if they had live ammunition on them before or after the scenes were filmed.

“The only thing checked are the firearms to avoid live ammunition being in them. Joel (Souza) stated there should never be live rounds whatsoever near or around the scene,” the affidavit said.

According to the affidavit, Russell told investigators Baldwin was “trying to explain how he was going to draw out the firearm and where his arm would be at when the firearm was pulled from the holster.”

When asked how Baldwin handled the firearm, Russell told investigators the actor “had been very careful” and recalled an earlier instance when Baldwin “made sure it was safe and that a child wasn’t near him when they were discharging a firearm during that scene.”

The search warrant sought to recover any footage, video cameras, computer equipment and memory cards used by cameras on the set.

No charges have been filed in the incident. The Santa Fe County Sheriff’s Office says it will discuss the case further in a press conference Wednesday.