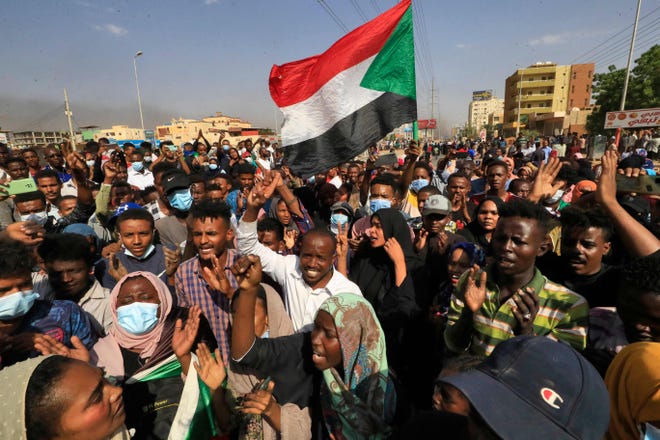 Another coup in Sudan on the 24th of October, the prime minister and his cabinet arrested and the government dissolved.

There has been in-fighting between the country’s military and civilian leaders since long-time ruler Omar al-Bashir was overthrown two years ago and a transitional government set up.

On top of the political tensions, Sudan’s economy has been in a deep economic crisis, with high inflation and shortages of food, fuel and medicine.

The coup is a huge concern for the international community as Sudan just started building relationships again after years of isolation.

Here is what you need to know.

Military and civilian leaders have been sharing power since August 2019 after Sudan’s long-term authoritarian President Omar al-Bashir was overthrown.

Mr al-Bashir was toppled by the military but mass street demonstrations demanding civilian rule forced the military to negotiate a plan aimed at moving to a democratic government.

The country is now supposed to be in that transition with civilians and military leaders running the country together on a joint committee known as the Sovereign Council.

But the two groups have been publicly at odds.

What’s behind the tension?

Military leaders in the transitional government have demanded reforms from their civilian counterparts and called for the cabinet to be replaced.

There have been multiple failed coups since 2019, the most recent of these was just last month.

The top civilian figure, Prime Minister Abdallah Hamdok, blamed Bashir loyalists – many of whom are said to be embedded in the military, security services and other state institutions.

And in recent weeks the country has seen demonstrations calling for the army to take power as well as large protests backing the prime minister.

The pro-military protesters have accused the government of failing to revive the country’s fortunes.

Mr Hamdok’s moves to reform the economy – including slashing fuel subsidies – have been unpopular with some.

The head of Sudan’s Sovereign Council has given a speech announcing a state of emergency.

He also dissolved the Sovereign Council that was overseeing the transition to civilian rule, as well as the dissolution of cabinet.

Prime Minister Hamdok was reportedly detained by soldiers earlier in the day, along with several other ministers. It also appears that the state TV and radio headquarters have been taken over by the military.

The internet has also been restricted.

According to information ministry’s Facebook page, the prime minister had called on people to come out in support of the government.

Pictures and reports coming out of the capital, Khartoum, suggest that there are demonstrators out in the city.

The military have also been deployed to restrict movements.

In June 2019, before the democratic transition was agreed, soldiers opened fire on protesters in Khartoum killing at least 87 people.