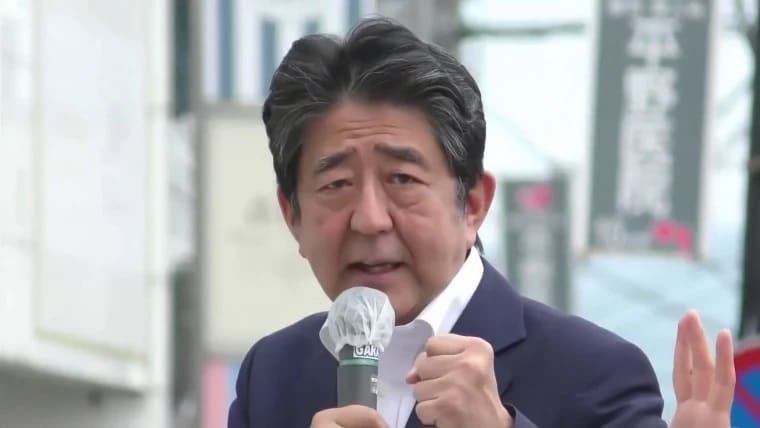 Former Japanese Prime Minister Shinzo Abe, the longest-serving was killed on Friday while campaigning for a parliamentary election, unbelievable in Japan where guns are tightly controlled and political violence almost unlikely.

Doctors pronounced him dead around five and a half hours after the shooting in the city of Nara. Police arrested a 41-year-old man and said the weapon was a homemade gun.

Abe had been making a campaign speech outside a train station when two shots rang out. Security officials were then seen tackling a man in a grey T-shirt and beige trousers.

Security was light as usual as Abe spoke at an intersection outside the Yamato-Saidaiji Station in the western city of Nara, then behind him a muscular man, wearing glasses and beige cargo pants, strode into the road. He opened fire with a homemade gun that appeared to be wrapped with black electrical tape, and a cloud of white smoke blew towards Abe and the crowd.

“I thought it was fireworks when the first shot went off,” said Takenobu Nakajima, who runs a local printing company and was at the station to support Abe’s ruling Liberal Democratic Party.

He was wearing a mask, like most in the crowd.

Nara police told reporters they became aware of Yamagami after the first shot. They declined to say if security had been lax.

By then, Abe, 67, was on the ground with blood on his shirt.

Doctors later said Abe bled to death from deep wounds to the heart and the right side of his neck, despite receiving more than 100 units of blood in transfusions over four hours.