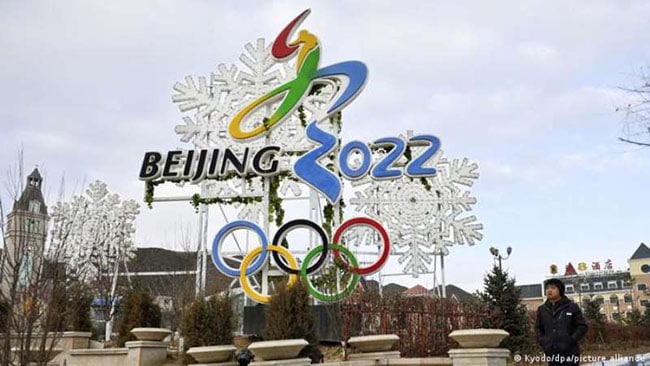 With the pandemic, boycotts, diplomatic trouble and controversy in the background, the 2022 Winter Olympics are about to get started in Beijing.

Almost 3,000 athletes from 91 nations will compete to get their hands on one of 109 gold medals on offer across seven sports.

The much awaited display of the Winter Games will be sure to command attention. The Opening Ceremony will kick off on February 4 at the Beijing National Stadium — also referred to as the Bird’s Nest — a venue originally constructed for the 2008 Summer Olympics.

“The world is turning its eyes to China and China is ready. We will do our best to deliver to the world a streamlined, safe and splendid Games,” Chinese President Xi Jinping said on Thursday.

The  Olympics are already controversial, with protests and diplomatic boycotts over alleged human rights abuses.

Here’s everything you need to know.

The facts of Beijing

Beijing is the first city to host both the summer and winter Games, 14 years after it hosted the 2008 summer Olympics.

The event takes place across three clusters. Beijing itself will host the indoor events – curling, speed skating, figure skating and ice hockey – as well as the big air and the opening and closing ceremonies.

Yanqing, located 75km (47 miles) out of Beijing, is the home of the sliding sports – bobsleigh, skeleton and luge – and alpine skiing, while the mountains of Zhangjiakou, 180km (111 miles) away from the Chinese capital, host the freestyle skiing and snowboarding events, ski jumping, biathlon and cross-country.

Many of the venues in Beijing from the 2008 Games have been repurposed, including swimming’s Water Cube, which has been renovated to become the home of curling, and the Bird’s Nest stadium, which will host the opening and closing ceremonies.

Artificial snow has been used across all venues – although there was some natural snowfall in Zhangjiakou in the week leading up to the Games. It is estimated that 49m gallons (222.8m litres) of water have been used to produce the fake snow in Yanqing alone.

Athletes will participate in 15 different disciplines across seven sports at the Beijing Games, including curling, figure skating, ice hockey and snowboarding. There will also be new events in bobsled, freestyle skiing, snowboarding, short track and ski jumping.

There will be nine medals for the taking across three curling events this year, with women’s and men’s athletes from Sweden and Canada among the highest-ranked World Curling Team competitors.

Figure skating was held twice at the 1908 and 1920 Summer Games in London and Antwerp respectively, before it was transferred to the Winter program.

At just 15 years old, Russian Kamila Valieva, the world record holder, who will skate for the Russian Olympic Committee, is one of the contestants to beat at Beijing 2022.

In the men’s figure skating events, Japan’s Yuzuru Hanyu and Nathan Chen of Team USA — who have five World Championship titles between them — are likely to battle for the gold.

Defending Olympic champions Germany are favorites for gold in bobsled, having won gold in every single one of the women’s and men’s events at the 2018 PyeongChang Winter Olympics.

At Beijing 2022, China could win as many as six gold medals, according to data company Gracenote, which released its virtual medal table on Wednesday.

“Due to the impact of the global Covid-19 pandemic, there is potential for the Beijing Winter Games to be more unpredictable than norm,’ said Gracenote in a statement.

“At the time of writing, Austrian ski jumper Sara Marita Kramer (originally forecast gold) is out of the Olympics because of a positive Covid test and has been removed from the forecast. Hungarian short track skater Shaoang Liu (forecast silver) is doubtful for the same reason.”

Freestyle skier Eileen Gu Chinese favorite, nicknamed “Snow Princess” by her fans, she  made her mark at the 2020 Winter Youth Olympic Games in Lausanne, Switzerland, where she earned gold in both big air and halfpipe, with an additional silver in slopestyle.

Su Yiming became the first ever Chinese snowboarder to make a World Cup podium in slopestyle or big air in December 2021 at Steamboat, Colorado. This year, the 17-year-old will hope to replicate his performance in both events.

Norway is the most successful country in the history of the Winter Olympics, with a total of 368 medals under its belt — including 132 gold medals, 125 silver medals and 111 bronze medals.

Gracenote is predicting Norway will top the medal table. And Norway’s predicted medal haul of 44 could include as many as 21 golds, which would be a record at the Winter Olympics, according to the data company.

Team Norway also topped the overall medal table at the Winter Games in 2018, earning 39 medals ahead of Germany, Canada and the United States.

Biathlete Johannes Thingnes Bø, already a three-time Olympic medalist, is a podium favorite for Beijing 2022. Having earned nine World Championship wins since the Winter Games in 2018, Bø names legendary biathlete and compatriot Emil Hegle Svendsen as one of his heroes, according to the Olympics website.

The Beijing 2022 Winter Olympics will be the second Games to take place during the coronavirus pandemic, after the Tokyo 2020 Olympics last summer — where there were 33 positive cases among the 11,300 athletes, according to the genomic sequencing data confirmed by the Government of Japan last December.

As such, tournament organizers have been strategizing in order to keep cases of Covid-19 to a minimum. They have extended the government’s zero-Covid strategy to the Olympics, creating a bubble that is effectively sealed off from the rest of Beijing.

Covid: South Africa now has its own version of Moderna vaccine