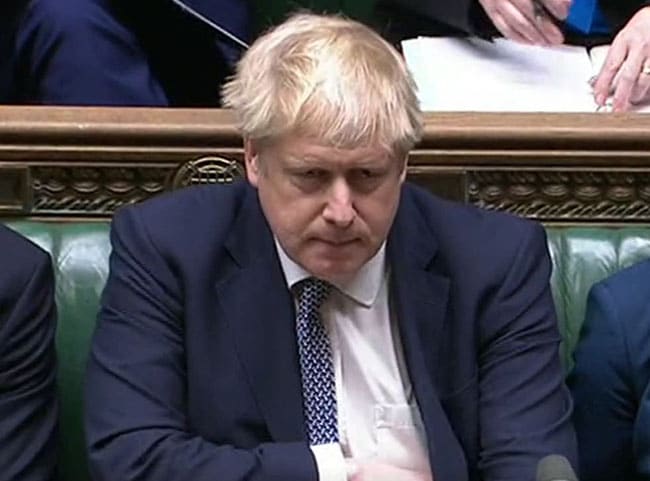 Boris Johnson, the British prime minister is in trouble over allegations that he and his staff broke restrictions rules they had imposed on the country.

Parties held by him and his staff during Covid-19 lockdown were called a “serious failure” of the standards of public office and “difficult to justify,” a government report said Monday.

Johnson himself had commissioned the report as the country got furious over alleged number of parties held while the U.K. was under strict coronavirus restrictions.

Johnson,  in his fight to save his leadership from the scandal, apologized this month for attending a “bring your own booze” party in the garden of his No. 10 Downing St. residence and office.

Senior civil servant Sue Gray handed Johnson an “update” of her findings, which was later published online. She found more than a dozen social gatherings and sharply faulted the country’s leadership.

“A number of these gatherings should not have been allowed to take place or to develop in the way that they did,” it added. It also called for a crackdown on the “excessive consumption of alcohol” in Downing Street, which it said was “not appropriate in a professional workplace at any time.”

Gray said that 12 of the 16 parties she looked into are being investigated by London’s Metropolitan Police and that she would not be able to hand over her full report until the investigation was complete.

Johnson offered an apology late Monday, to a loud House of Commons, after he had tried to deny in December that the parties had happened, and then suggested that staff members were to blame. But he still urged his critics to wait for the full conclusions of Gray and the police.

“Firstly, I want to say sorry. Sorry for the things we didn’t get right,” he said.

He said that in light of the report he would be making “changes” to the way Downing Street and the Cabinet Office are run.

Johnson repeatedly sidestepped questions from lawmakers asking whether his government would publish the report in full when it arrives.

Opposition Labour Party leader Keir Starmer said in response that Johnson was “a man without shame” and repeated his call for the prime minister to resign.

Parliament is usually a rowdy place, but Johnson’s Conservative lawmakers listened to their chief opponent’s speech in silence.

Starmer spoke of members of the public who felt “guilt because they stuck to the law [and] they did not see their parents one last time” during lockdown while their own government did not. He said that their sacrifice would be “forever tainted” by Johnson’s government and that they “took us all for fools.“

It was not just on the opposition benches that Johnson heard rancor. Among his own party, the so-called  “partygate” revelations have caused a huge stirring too, leading to speculation that he may be about to face a vote of no confidence.

Former Prime Minister Theresa May, Johnson’s Conservative predecessor, said that either he “had not read the rules or didn’t understand” them or he “didn’t think the rules applied” to him.

Johnson’s grip on power has been weakened by allegations that he and his staff flouted restrictions they imposed on the country in 2020 and 2021 to curb the spread of the coronavirus by holding office parties, birthday celebrations and “wine time Fridays.”

Johnson’s opponents accused the government of trying to water down a report that could trigger an attempt to oust him by his own party. Some Conservative lawmakers have said they would push for a no-confidence vote if Gray found that Johnson was at fault or that he lied to Parliament about his actions.