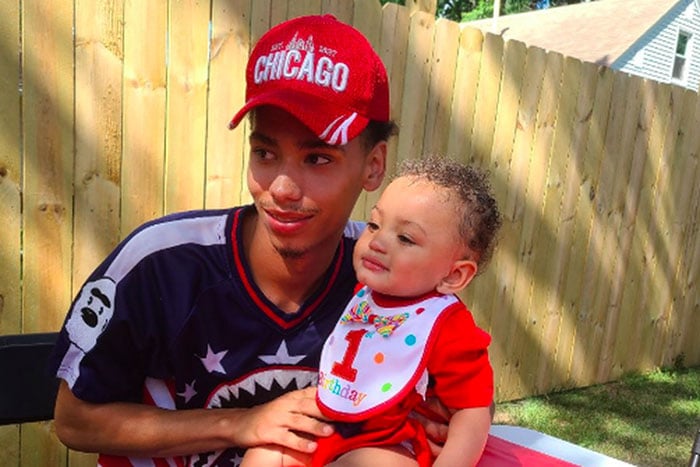 The unrest started Sunday in Minnesota where the family of 20-year-old Daunte Wright says he was shot by police before getting back into his car and driving off, then crashing several blocks away. He was later pronounced dead.

The death sparked protests in Brooklyn Center late into Sunday night as Minneapolis was already on edge midway through the trial of the first of four police officers in George Floyd’s death. Brooklyn Center is located on the northwest border of Minneapolis.

Minnesota Gov. Tim Walz tweeted that he was praying for Wright’s family “as our state mourns another life of a Black man taken by law enforcement.”

Police didn’t immediately identify Wright or disclose his race, but some protesters who gathered near the scene waved flags and signs reading “Black Lives Matter.” Others walked peacefully with their hands held up. On one street, written in multi-colored chalk, was the phrase “Justice for Daunte Wright.”

Brooklyn Center police said in a statement that officers stopped an individual shortly before 2 p.m. Sunday. After determining the driver had an outstanding warrant, police tried to arrest the driver. The driver reentered the vehicle and drove away. An officer fired at the vehicle, striking the driver. Police said the vehicle traveled several blocks before striking another vehicle.

A female passenger sustained non-life-threatening injuries during the crash.

Mr Wright’s mother, Katie, said her son had called her during the traffic stop and he said he had been pulled over because of “air fresheners hanging from his rear-view mirror”. She said she then heard scuffling and the phone line was cut.

“A minute later, I called and his girlfriend answered, who was the passenger in the car, and said that he’d been shot… and my son was laying there lifeless.”

She said her son’s body had been left on the ground by officers, adding: “Nobody will tell us anything. Nobody will talk to us… I said please take my son off the ground,” the StarTribune reported.

Demonstrators gathered shortly after the shooting and crash, with some jumping on top of police cars and confronting officers. Marchers also descended upon the Brooklyn Center police department building, where rocks and other objects were thrown at officers, Minnesota Department of Public Safety Commissioner John Harrington said at a late-night news conference. The protesters had largely dispersed