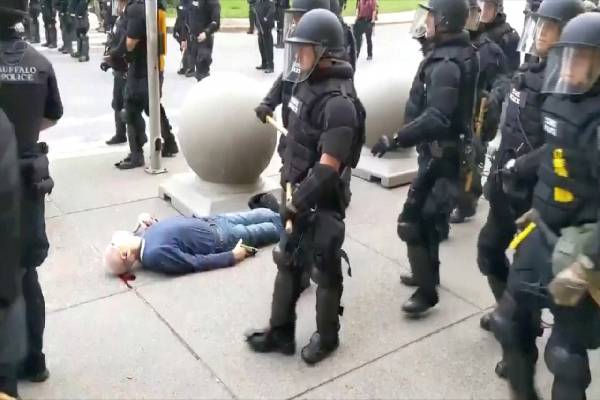 In Buffalo, New York the two police officers have been suspended without pay following a video showing them shoving a 75 year old man leaving him bleeding from the ear, and just walked by. He is stable in hospital. The police initially lied that the elderly man tripped and fell. This happened on Thursday June 4th.

On the same day, a Florida police officer is under investigation, is currently on administrative leave and relieved of duty; for allegedly shoving a black protester who was kneeling during a protest.

However one of his colleagues, a black female police officers is receiving praise for giving him a talking to after the shove.