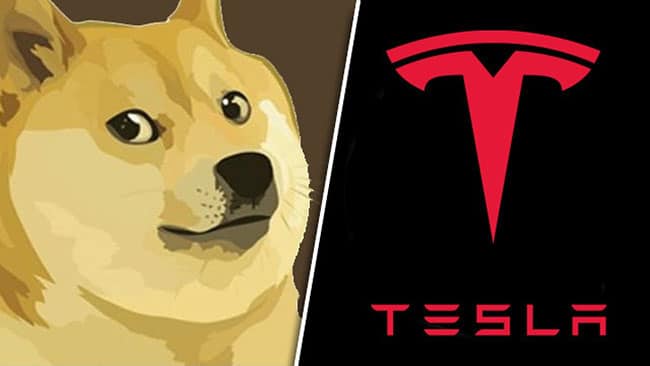 Tesla, the electric carmaker led by billionaire Elon Musk, is now allowing payment in the meme-based Dogecoin for brand merchandise.

Musk made the announcement on Twitter on Friday, a month after hinting of the plans and the move sent dogecoin prices up 14%.

The Tesla boss is a vocal advocate of cryptocurrencies and has heavily influenced prices of dogecoin and bitcoin, and at one point had said the company would accept bitcoin for purchasing its cars before changing plans.

Merchandise which can be bought with the cryptocurrency included such as the “Giga Texas” belt buckle and mini models of electric vehicles, which are so popular with its fans, and sell out within a few hours of listing. Tesla vehicles can’t be paid for with dogecoin.

Musk’s tweets on dogecoin have sent the once-obscure digital currency, which began as a social media joke, climbing. The token’s price surged by about 4,000% in 2021.

Tesla disclosed last year it had bought $1.5 billion worth of bitcoin, and Musk has also said he owns some bitcoin and dogecoin.

It is reported that Tesla’s much-awaited Cybertruck will begin production in the first quarter of 2023, pushing back its plan to start production in late 2022.