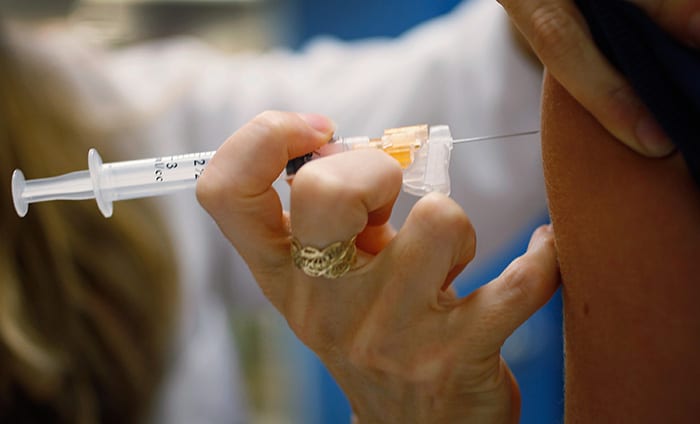 The HPV immunization program in England first rolled out on Sept. 1, 2008, with the goal of preventing persistent infections from HPV types 16 and 18, which are responsible for around 80% of all cervical cancers in the U.K., Peter Sasieni, PhD, of Guy’s Cancer Center at Guy’s Hospital in Great Maze Pond, London, and colleagues explained in The Lancet.

Nearly all cervical cancers are caused by viruses, and the hope is vaccination could almost eliminate the disease.

The researchers said the success meant those who were vaccinated may need far fewer cervical smear tests too.

Cervical cancer is the fourth most common cancer in women around the world, killing more than 300,000 each year.

Almost nine-in-10 deaths are in low- and middle-income countries where there is little access to cervical cancer screening.

More than 100 countries have starting using the vaccine as part of World Health Organization plans to get close to eliminating cervical cancer..