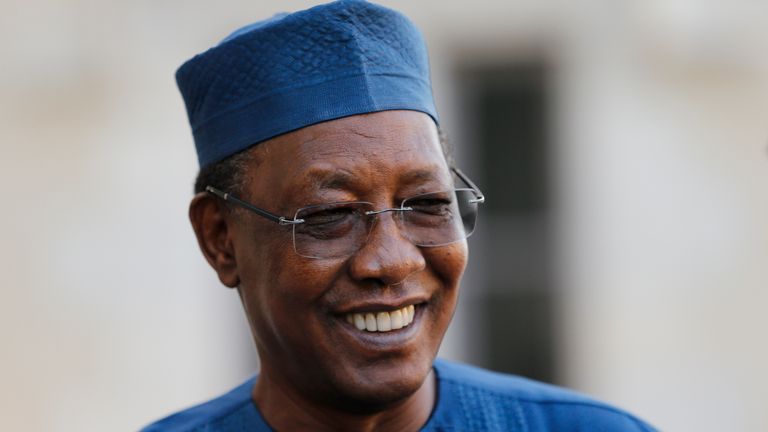 Idriss Deby Chad‘s long-time President has died from wounds got in clashes with rebels, an army spokesman told state TV on Tuesday.

Army spokesman Azem Bermendao Agouna said Deby — a longtime Western ally — died “as a result of his injuries on the front line.”

The rebels who have been trying to expel Deby since 2016 have has some success in fights which were reported in the north of the country at the weekend.

Rebels of the Front for Change and Concord in Chad — known in French as Front Pour l’Alternance et La Concorde au Tchad (FACT) — said Friday it had overrun a military garrison in Gouri. The claim was denied by the government, which instead said the rebels had been defeated.

On Monday FACT said that Deby was injured and on the run.

“Faithful to the oath made to the nation and the Chadian people, the Marshal of Chad, President of the Republic, Head of State, Supreme Commander of the Armed Forces, Idriss Déby Itno, has just breathed his last defending the sovereign nation on the battlefield,” Agouna said in his statement. “It is with deep bitterness that we announce to the Chadian people the death this Tuesday, April 20, 2021, of Chadian Marshal Idriss Déby Itno as a result of his injuries on the frontline,” he said.

Agouna said a transitional military council would take charge of the country for 18 months “to assure the defense of our dear country facing this war against terrorism and evil forces”.

Deby’s son, General Mahamat Kaka, will serve as president of the transitional council, according to Agouna.

He promised there would be “free, democratic and transparent elections following the spirit of sacrifice for which the marshal fought during his life.”

The army declared a 14-day period of national mourning and imposed an overnight curfew. Air borders would close until further notice.

The announcement came a day after provisional results suggested Deby, who has been in power for 30 years, had won a sixth consecutive term.

Chad worked closely with Nigeria and Cameroon in the fight against militant group Boko Haram and formed part of a joint taskforce fighting insurgency in the region.

Chad borders Libya, Darfur region of Sudan, Niger, Nigeria, Cameroon and the Central African Republic and there are fears Deby’s death threatens the stability of the region.

Mohammed Yahaya, the United Nations Development Programme (UNDP) Resident Representative in Nigeria told CNN: “The worst-case scenario is a Libya type of disintegration in what is a very insecure and conflict affected region. Chad under President Deby’s leadership put a lot of pressure on Boko Haram in the region. If there’s a disintegration would see an increased arms flow and an emboldened Boko Haram, that should concern any policymaker and security actors in Nigeria.”