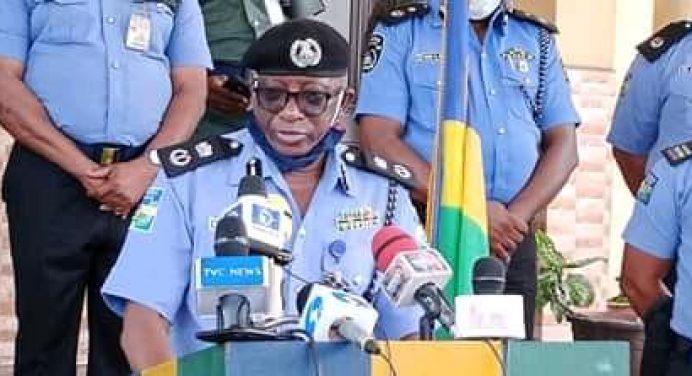 According to accounts coming out from Oyigbo in Rivers State Nigeria, the security forces are carrying out extrajudicial killings there.

They have called out that the army is carrying out killings after authorities said three policemen and six soldiers were killed by members of IPOB – Indigenous Peoples of Biafra, which the government has labeled a prohibited separatist group.

The group is said to have hijacked the peaceful #ENDSARS protests in Oyigbo to kill police officers, destroy police stations, and harass some members of the Hausa community in the area.

The Army has stated that its operation in Oyigbo is not targeted at innocent persons but criminals who killed security personnel and went away with their weapons. The spokesperson of the six Division of the Nigeria Army Port Harcourt, Major Charles Ekeocha said the Army lost six officers during the unrest in Oyigbo. He said if their weapons are not retrieved from the hoodlums, will be used against the Army and other citizens.

Amnesty International also said it had received reports that “soldiers are allegedly invading homes” and that “some residents reported seeing dead bodies on the street, allegedly shot by soldiers”.

Monday Bakor narrated to Igbo that police officers shot dead his fiancée Queen Nwazuo on 22 October while they were both locking up their barbing salon.

“I saw the policeman wearing [a] red beret. Before I could know, I heard a very loud sound, not in the air, directly at the shop. The bullet pierced through the iron door and hit her,” he said.

“I rushed her to a hospital where she was confirmed dead,” he added.

The police in turn told the BBC that no report had been made of the incident.

IPOB is seeking independence for Igbo-speaking parts of south-eastern Nigeria and Oyigbo is said to be an IPOB stronghold.

During the protest 2 police stations and a hospital were burned on 21 October as touts took over after unharmed protesters were shot at Lekki toll gate in Lagos during the EndSARS  against police brutality.

Since the lockdown as residents have spoken out about their  inability to get food, drugs and other basic items and are calling for a review of the 24-hour curfew so as to have access to these basic items.

Many have fled their homes since the start of the military operation with reports of endless shootings in the area. While some have taken refuge in churches, others have remained indoors.

Authorities say that the protest was encouraged by their leader Nnamdi Kanu and the members are accused of attacking security operatives in eastern Nigeria. Clashes with the army in Abia state spilled over into the neighboring Oyigbo town in Rivers state.