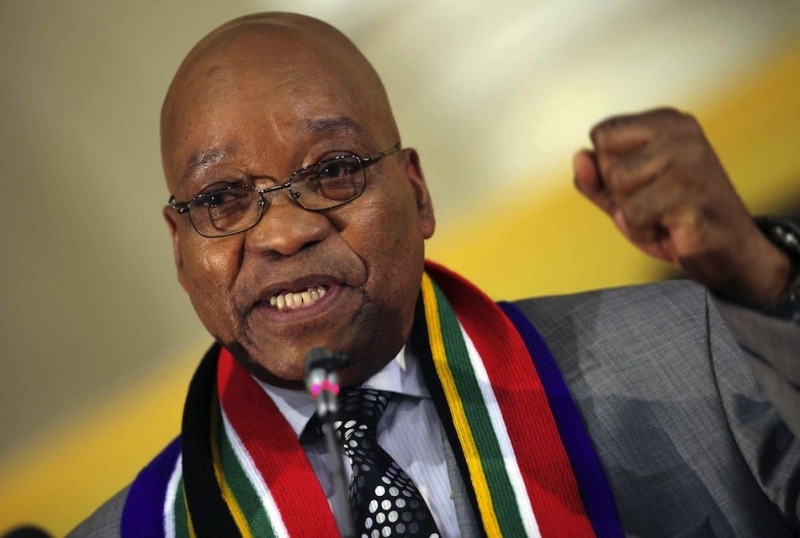 Former South African president has become the first former president of the country to be sent to prison.

His perks as a former president ended just before midnight local time, when he was escorted by a convoy of vehicles from his home in rural Nkandla to a prison in the small town of Estcourt.

His son, Edward Zuma, had warned that there would be “blood on the floor” if he was arrested, but in the end there was none.

The 79-year-old surrendered, knowing that he could not resist the might of the state, leaving behind his son who had earlier stood by the gate of their home with a stick.

As a freedom fighter years ago, he was imprisoned for 10 years in 1963 for fighting the racist system of apartheid in South Africa, then went into exile in 1975 to become the spymaster of the African National Congress (ANC), before returning to South Africa triumphantly in 1990, and rising to the presidency in 2009, though by then his reputation had been stained by a deluge of corruption allegations.

He had also been charged with raping a family friend, but was acquitted in 2006 in a trial that deeply polarised the ANC, the former liberation movement which became the governing party in 1994 and of which Zuma has been a member since the age of 17.

Now, he has been imprisoned for being in contempt of a court.

Earlier this month, the judges of the Constitutional Court sentenced him to 15 months in prison for ignoring an order to appear before an official inquiry investigating the corruption allegations he faced during his nine-year presidency – especially his relationship with the notorious Gupta brothers who fled South Africa in 2018 as the legal noose closed in on them.

They have all denied the allegations, and Zuma insists that his political enemies are using the courts to target him.

According to his critics, the former freedom fighter became intoxicated by power once the liberation struggle was won and – along with his new business friends – looted the state’s wealth on a grand scale.Where the truth lies is yet to be established but it is a tribute to South Africa’s 27-year-democracy that a former freedom fighter and president has been imprisoned for trying to evade accountability over his time in office.

It shows that South Africa’s democratic institutions – often battered by politicians – remain strong, and judges, policemen and government officials are still prepared to uphold the rule of law by jailing a man whom some of them personally know and with whom they were once in the trenches of the liberation struggle.

It should be stated that judges have given him a hearing at every opportunity as he waged in the courts what became known as the Stalingrad strategy – fighting point-by-point every attempt to put him on trial for his alleged high crimes.

On Friday, a judge will rule on whether or not to revoke his arrest, and on Monday the highest court of the land will hear his request to overturn his conviction for contempt.

This is unprecedented in South Africa, and the months ahead are likely to be more dramatic as Zuma is tried, in a separate case, on charges of corruption related to a $5bn (£3bn) arms deal in the 1990s.

He is facing more than 15 counts of racketeering, corruption, fraud, tax evasion and money laundering – charges to which he pleaded not guilty during a court appearance in May.

A timeline of Zuma’s legal afflictions: