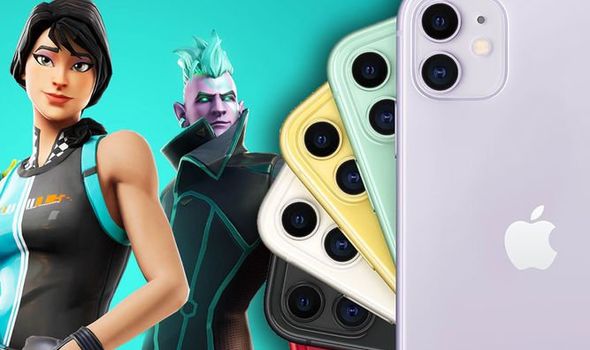 Fortnite has been removed from both Apple and Google platforms over fees the tech giants charge developers in their respective app stores.

Fortnite was kicked off both the App Store and the Google Play Store after attempting to bypass the 30% fee Apple and Google charge developers. That’s huge news, since the game has been downloaded over 250 million times on iOS alone.

Fortnite is free to download and Epic makes money from in-game purchases. Players can buy V-Bucks, in-game currency, which are used to buy new outfits, weapons and skins. It’s a hugely profitable business model. Fortnite generated $4.2 billion over 2018 and 2019.

But the thing is Epic never approved of the 30% cut taken by Apple and Google on their respective app stories, so it set up a direct payment system allowing players to buy V-Bucks for cheaper through Epic, circumventing Apple and Google. When buying 1,000 V-Bucks, players were given a choice over paying $9.99 via the App Store or $7.99 through Epic.

So Apple pulled Fortnite from the App Store. Google followed hours later, although Android gamers can still download the game directly through Epic — and if you previously downloaded it on iOS, you can still re-download it (you just won’t be able to update it or play new seasons).

The story continues… Epic therefore on Thursday filed a lawsuit against Apple in the North District of California court accusing Apple of anti-competitive practices for app distribution and app-related payments. It stresses it’s not looking for compensation or special treatment from Apple, but for Apple to roll-back its anti-competitive practices and allow for “fair competition.” Way to go!

The filing argues that Apple, in charging a 30% fee to publishers, take 10x more than companies like “PayPal, Stripe, Square or Braintree, which typically charge payment processing rates of around 3%.”

Apple’s replied stating that App Store is an ecosystem that benefits developers and creates a level playing field, is below.

Wait, what does this have to do with George Orwell?

Meanwhile, Epic is trolling Apple with a  video parodying Apple’s famous 1984 ad. Apple’s ad, released back in late 1983, promoted the upcoming launch of the Macintosh, railing against then giant brand IBM. Epic’s video says Apple has become exactly what IBM was – stamping on growing companies..

In Epic words in its suit. “Apple has become what it once railed against: The behemoth seeking to control markets, block competition, and stifle innovation. Apple is bigger, more powerful, more entrenched, and more pernicious than the monopolists of yesteryear. At a market cap of nearly $2 trillion, Apple’s size and reach far exceeds that of any technology monopolist in history.”

So what about Google? Epic is suing Google, too. Epic followed its lawsuit against Apple hours later with a similar one against Google. Its basis is the same as Apple’s: unlawfully anti-competitive practices related to app distribution, and app-related payments.

“Google acquired the Android mobile operating system more than a decade ago, promising repeatedly over time that Android would be the basis for an “open” ecosystem in which industry participants could freely innovate and compete without unnecessary restrictions,” the filing reads. “Since then, Google has deliberately and systematically closed the Android ecosystem to competition, breaking the promises it made. Google’s anti-competitive conduct has now been condemned by regulators the world over.”

The suit argues that Android forms an effective monopoly for phone makers, like Samsung, LG and Sony, who have no real alternative to Android for their devices. Having achieved this monopoly, Epic says, Google then restricts the ability of companies to distribute apps in a way that competes with the Play Store.

Like the Apple suit, Epic says it doesn’t want payment from Google. “Instead, Epic seeks injunctive relief that would deliver Google’s broken promise: an open, competitive Android ecosystem for all users and industry participants. Such injunctive relief is sorely needed.”

Prior to Epic filing suit against Google, Google released the following statement on its decision to pull Fortnite from the Play Store,

“The open Android ecosystem lets developers distribute apps through multiple app stores. For game developers who choose to use the Play Store, we have consistent policies that are fair to developers and keep the store safe for users. While Fortnite remains available on Android, we can no longer make it available on Play because it violates our policies. However, we welcome the opportunity to continue our discussions with Epic and bring Fortnite back to Google Play.”