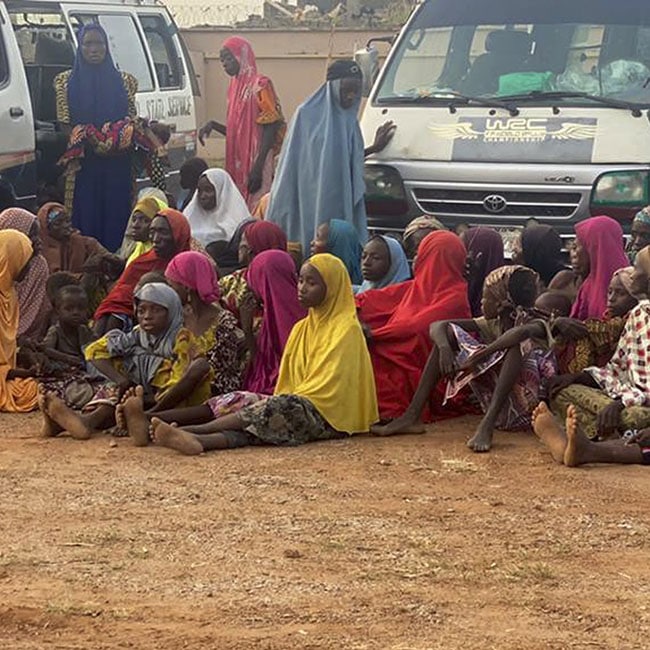 Nigerian police have announced that 97 hostages, mostly women and children, have been rescued more than two months after they were kidnapped by armed groups popularly known as bandits in northern Nigeria.

According to Ayuba Elkana, police chief in Zamfara state as he released the statement on Tuesday, among the 97 freed hostages are 19 babies and more than a dozen children,

The freed captives were mostly barefooted, weary and in worn-out clothes, as they came out of the buses that took them to Gusau, capital of Zamfara state.

Coming a few days after 21 schoolchildren were freed by security forces, the rescue brought a sigh of relief in Nigeria where armed groups have killed thousands and kidnapped many residents and travelers in exchange for ransoms.

Police said the hostages were “rescued unconditionally” Monday in joint security operations targeting the camps of armed groups that have been terrorizing remote communities across the northwest and center of Africa’s most populous country.

They had been abducted from their homes and along highways in remote communities in Zamfara and neighboring Sokoto state.

The hostages had slept on the ground in abandoned forest reserves that serve as hideouts for the gunmen. The first batch of 68 “were in captivity for over three months and they include 33 male adults, seven male children, three female children and 25 women including pregnant/nursing mothers respectively,” police chief Elkana said.

Another set of 29 victims were also rescued “unconditionally” in Kunchin Kalgo forest in the Tsafe local government area of Zamfara, police said.

It is not certain if ransoms were paid for the releases as is usually the case in many remote communities in Nigeria’s troubled north. Authorities have said their freedom was the result of military operations including airstrikes.

The large bands of assailants are mostly young men from the Fulani ethnic group, who had traditionally worked as nomadic cattle herders and are caught up in a decades-long conflict with Hausa farming communities over access to water and grazing land.

All we know about Novak Djokovic and the vaccine exemption