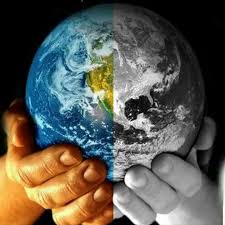 Over the next few months Satofsat will be reviewing the present day influence of France in the economies of the countries they colonised. . With the global lockdown, the economy of every country is impacted so it will be interesting to review the various trade deals that the individual country’s need to review and possibly renegotiate.

The ill treatment of Africans in China, during the Covid-19 lock down and the consequences in the years to come will be a major spotlight for Satofsat.Are the Chinese investing in Africa for the mineral wealth of the continent? Is it due to their population explosion? Will the recent negative reports lead to multiple incomplete projects? Possible insecurity, to lives and property?  World agencies and leaders of all African States over the next few months have ensure these issues are addressed.

It has to be communicated in languages the locals will understand, in the individual countries in Africa, the most populous being Nigeria to Seychelles with the least population

North America is surrounded by the Arctic Ocean from the north and by the Atlantic Ocean from the east.  From both the south & west, the continent is surrounded by the Pacific Ocean. 23 independent states, the largest being Canada and and 22 dependent territories form the continent, North America.  The United States and Canada constitute of about 80% of the land mass. New York, USA was, pre-coronavirus pandemic; considered the most attractive landmark.  Saint Kitts and Nevis make up the smallest country on the continent.     Mexico and Canada were and hopefully will return to being popular holiday destinations

Two US States, California & New York, with economies larger than those of many countries are currently as at  the end of April Twenty20 still on lockdown. The instructions are for all to stay home; apart from the essential work force. Satofsat will be keeping you all updated on what the ‘new normal’ will be in these states. Live events, financial impact to individuals and corporations, the hospitality industry, airlines and cruise ships, stocks and shares and many more.  Not just in the region, but across the globe.

This continent includes 12 countries: Argentina, Bolivia, Brazil, Chile, Colombia, Ecuador, Guyana, Paraguay, Peru, Suriname, Uruguay and Venezuela.The smallest independent state is Suriname, it is the only nation in this region, speaking Dutch as an official language.

Satofsat will look at the region to consider as much as can be done, to make whole again.

There are 14 countries within Oceania, and they range in size from the very large, such as Australia (which is both a continent and a country), to the very small, like Nauru. But like any landmass on earth, these islands are changing constantly, with the tiniest at risk of disappearing entirely due to rising waters.

Tonga was devastated by Tropical Cyclone Gita,, in February 2018, the biggest storm ever to hit. It is  estimatedthat 75 percent of homes within the capital were destroyed.

Nauru: Extensive mining of phosphate has made 90 percent of Nauru unsuited to agriculture.

Although the whole world is feeling the effects of climate change, the people dwelling on the small islands of Oceania do have something serious and imminent to worry about: the complete loss of their homes. Eventually, entire islands could be consumed by the expanding sea.

It’s not just that the water comes a few inches higher on the beach. Higher tides and more flooding can mean more saltwater in freshwater aquifers, more homes destroyed, and more saltwater reaching agricultural areas, with the potential to ruin the soil for growing crops.

Some of the smallest Oceania islands, such as Kiribati, Tuvalu and the Marshall Islands are not that many feet above sea level, so even a small rise can have dramatic effects.

Five small, low-lying Solomon Islands have already been submerged, and six more have had entire villages swept out to sea or lost habitable land. The largest countries may not see ​the devastation on such a scale as quickly as the smallest, but all of the Oceania countries have a considerable amount of coastline to consider.

Majority of the article has been culled from Discover Oceania’s 14 Countries by Area.