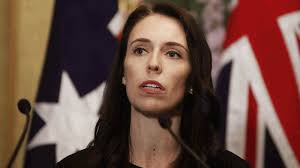 New Zealand Prime Minister Jacinda Ardern says calls for New Zealand to open its borders now are “frankly dangerous” She said this as the country remains largely free of Covid-19 while still spreading in other countries.

She  talked about “a world where the virus is escalating not slowing and not even peaking in some countries yet, where cases exceed 10 million globally and deaths half a million, where countries are extending and returning to lockdown”.

“All of the while, we get to enjoy weekend sport, go to restaurants and bars, our workplaces are open, and we can gather in whatever numbers we like,” she said.

Todd Muller – the leader of the opposition and the centre-right National party – had together with business leaders, branded as “untenable” the prospect of keeping  the country’s borders sealed for months or years until a Covid-19 vaccine is found.

Imported cases had led to outbreaks in New Zealand, and the reason for the current freedoms in New Zealand was because of the strict border measures, she said.

Ardern said opening up more to Australia and the Pacific was being considered, but anyone pushing for more open borders now was dangerous.

“But I have seen suggestion of the borders being open, not just in public statements” but also in parliamentary questions.

She said opening borders would only be considered in the short-term with countries that have contained Covid-19 as well as New Zealand has.

A swift, strict lockdown in March and April seems to have eliminated community transmission of the virus after it appeared in New Zealand – with New Zealanders returning to the country accounting for all the 22 current cases diagnosed.

The nation has become an example in the fight against Covid-19 but it now faces the fact that  keeping covid-19 free means tightly shut borders.

In the meantime, 4 more quarantine facilities are due to open as more New Zealanders arrive home from overseas, Ardern said, adding about 900 extra beds.

Ardern said the number of people in quarantine or managed isolation was 4858, and there was breathing space as there was capacity for 6103.

There were 2751 arrivals and 1759 departures expected this week, and more back-up capacity was available.

Ramping up capacity was needed to match the increasing inflow of returning Kiwis, she said.

Of the 1200-odd spare beds in quarantine and managed isolation facilities, she said the numbers were increasing and that spare capacity would soon be filled.