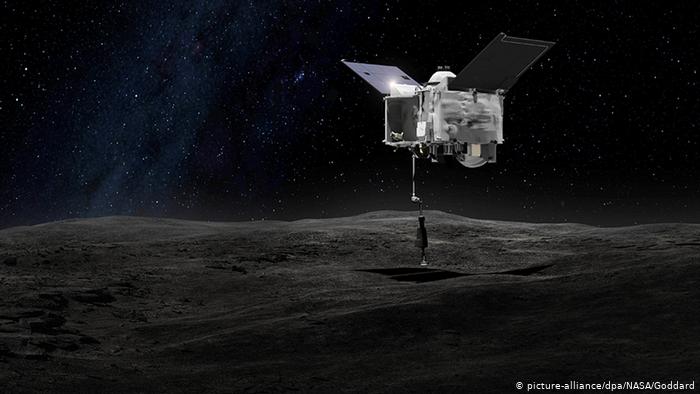 NASA’s Osiris-Rex, a probe sent to collect rock from an asteroid several hundred million kilometres from Earth is on it’s way back after some technical issues.

Officials behind the Osiris-Rex probe, which landed on asteroid Bennu earlier this week, were worried after a rock wedged on the door of a container causing leaks of samples from the craft.

The American space agency now says the rock samples have been safely sealed and the probe is ready to return to Earth.

“We are here to announce today that we’ve successfully completed that operation,” said Rich Burns, the mission’s project manager.

We will have to wait for the arrival sometime in September 2023 – a long journey home to hear the result gotten from the samples.

The craft is believed to have collected some 400g (14oz) of fragments, but particles were escaping due to the wedged door.

Closing the compartment was a delicate process that took place over two days. Due to the probe being millions of kilometres away, it takes more than 18 minutes for its transmissions to reach Earth.

The spacecraft launched in 2016 and will begin its journey back to Earth next March.