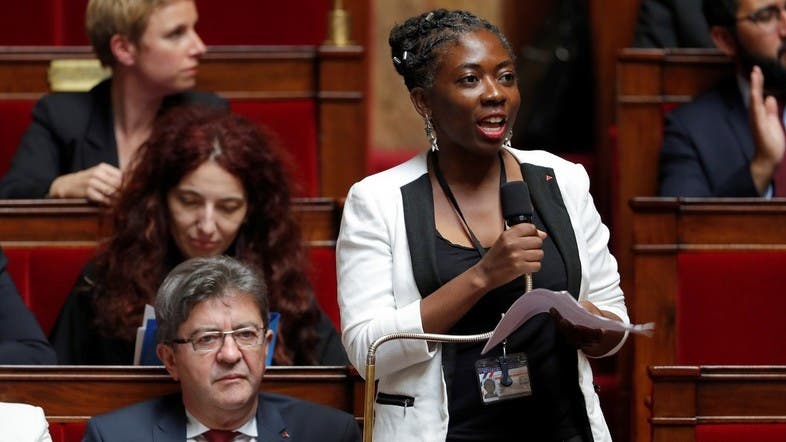 A conservative French magazine has portrayed Danièle Obono, A French-Gabonese lawmaker as an enslave African in a narrative she has stated as a “political and racist attack”.

The magazine is under fire after it published a fictional narrative and illustration depicting a French lawmaker as an enslaved African who was put up for auction in the 18th century.

The legislator, Danièle Obono, an anti-racism activist who is Black and was born in the former French colony of Gabon, called it “an insult to my history, to my family and ancestral histories, to the history of slavery,” and described it as a “political and racist attack.”

The seven-page fictional narrative, published late August in the magazine Valeurs Actuelles, had a series of images, including one of Ms. Obono with chains around her neck. By Saturday, French politicians from both ends had criticized the magazine for its highly offensive portrayal of Ms. Obono.

On the far right, Wallerand de Saint-Just, a top official in Marine Le Pen’s National Rally Party, wrote on Twitter that what the magazine had done was unjustified. “The political fight does not justify this type of humiliating and hurtful representation of an elected representative of the republic,” he wrote.

Yves de Kerdrel, the magazine’s managing editor until 2018, said the story was “explosive,” and contributed to the “normalization of racism.” The current editors of the magazine, a weekly aimed at right-wing and far-right readers, denied that the story was racist while issuing an apology.

“I regret that people might have thought that we were racist,” Tugdual Denis, the deputy editor of the magazine, told the French channel BFMTV on Saturday. “We are nonconformist, we are politically incorrect. That is the DNA of this paper.”

In the magazine’s narrative, Ms. Obono  is in a small village in Chad  in the 18th century. At first, she is delighted to “reconnect with her roots.” But she soon becomes disillusioned by the village’s “patriarchal order,” and falls into the inter-African slave trade.

The story then recounts how Ms. Obono is taken to markets where enslaved Africans are sold, but found no buyers: “Danièle did not find a buyer, without knowing whether she should rejoice or lament, and not without feeling, absurdly, a small blow to her pride.”

The story ends when Ms. Obono is bought by a French cleric, freed and taken to a monastery in France to recover from the experience.

In a phone interview, Ms. Obono said she refused to read the whole story and called it, “a degrading and demeaning representation of myself and 18th-century Africa.” The magazine’s editors said their goal was to remind readers that slavery in Africa had not only been perpetrated by Europeans, but also by Africans.

Ms. Obono, 40, is an anti-racist and left-wing activist who has long been involved in anti-racist organizations. Critics have accused her of exaggerating the scars left by colonization as well as France’s participation in the slave trade, a subject that remains sensitive in the country.

In a statement, the magazine’s editors said they had chosen to illustrate Ms. Obono in the narrative because she had contributed to the “ideological enterprise of the falsification of history.”

Ms. Obono said that the magazine’s story was part of a “revisionist strategy well known among the far-right, which aims to minimize responsibility for the trans-Atlantic slave trade and its political, economic and social consequences.”

Valeurs Actuelles, a small, general newsmagazine established in 1966, has often been accused of offensive coverage.

Last year, Mr. Macron raised eyebrows when he gave an exclusive interview to the magazine and described the publication as a “very good paper.”

France has struggled to face its colonial legacy and has often been accused of failing to successfully integrate immigrants from its former colonies. Critics say the country’s commitment to universalism — a belief that no group should be given preference — has muted the discussion and shielded France from facing its colonial past.

But some have said a slow reckoning has started to take place, with tens of thousands of people gathering to protest against racism and police violence in France.

Ms. Obono said Valeurs Actuelles’s decision to publish the illustration was a “signal that a line has been crossed,” and that people in France were beginning to confront the country’s “systemic, structural racism.”