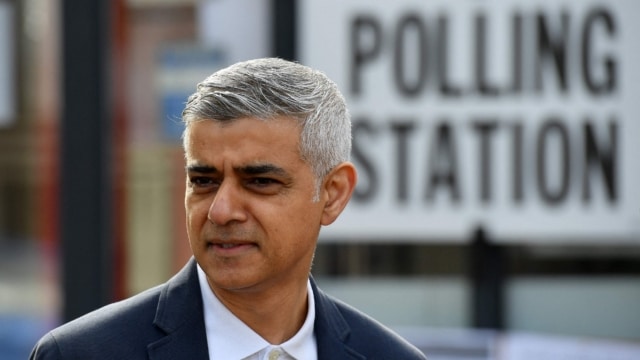 In a race closer than expected, Sadiq Khan has been re-elected mayor of London handing a huge boost to the opposition Labour party; as Thursday’s local elections did not mostly go in their favour.

Khan, who became the first Muslim to head a major Western capital after his victory in 2016, won 55.2 percent of the vote compared with 44.8 percent for Shaun Bailey, the candidate from the ruling Conservative party.

Turnout was quite low at42 percent, compared to the previous election in 2016.

“I am deeply humbled by the trust Londoners have placed in me to continue leading the greatest city on earth,” Khan said, who focused his campaign on creating jobs in the city of nine million.

The 50-year-old said his second term would be focused on “building bridges between the different communities” and between city hall and the government.

He said he wanted “to ensure London can play its part in a national recovery” and to “build a brighter greener and more equal future” for the UK capital.

Khan has made a name for himself as a vocal critic of Brexit and of successive Conservative prime ministers, including Boris Johnson, his predecessor as mayor – as well as for a feud with former US President Donald Trump.

Khan’s re-election comes amid a bruising set of results for Labour in local elections in its former heartlands in central and northern England, which followed a disastrous performance in the 2019 national vote.

While Johnson has enjoyed wide success elsewhere in England, the opposition party has become increasingly dominant in London.

Analysts attribute this to the city’s younger, more ethnically diverse and more pro-European Union population, which unlike most of England, overwhelmingly opposed Brexit.

In his victory speech, Khan referred to his humble origins, growing up in public housing in an ethnically mixed residential area in south London.

“I grew up on a council estate, a working-class boy, a child of immigrants, but I’m now the mayor of London,” he said, describing himself as “a Londoner through and through”.