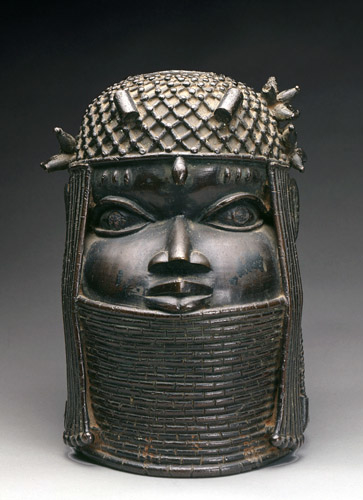 Stolen by British soldiers and sailors in 1897 from present day Edo State, in southern Nigeria., most are in Western museums and private collections.

The British Museum, which has some 950 Benin Bronzes, has is particularly under criticism for its refusal to give them back, but it is not alone in this.

The Edo kings – the obas- campaigned for decades in vain for the Benin Bronzes to be returned. The Western excuse was that Africa lacked the resources to look after its treasures, but also that Western museums had no moral obligation to repair any damage inflicted during decades of colonialism.

Over the years, things seem to have changed as a compromise is taking place. Since 2017, the Benin Dialogue Group, which brings together the current oba, the Edo state governor, the Nigerian government and museums in Germany, the Netherlands, Sweden and the UK (including the British Museum) – has been working on a compromise plan for some Benin Bronzes to return to Nigeria.

They have agreed that Benin City, the capital of Edo state, will host a new Benin Royal Museum. European museums will take turns to lend (although some may donate) a few hundred Benin Bronzes. The effect, says the Oba’s Palace, will be a “permanent collection in rotation” in Benin City.

Governor Godwin Obaseki hired the Anglo-Ghanaian architect, Sir David Adjaye, designer of the acclaimed National Museum of African American History and Culture in Washington DC. Phillip Iheanacho, an old friend to both Mr Obaseki and Sir David, is in charge of fundraising.

The director of one museum in the Benin Dialogue Group told me: “It’s been an Obaseki project – he’s been a great partner. If it’s somebody else, it’s concerning, we could lose momentum.”

And whoever is governor, the Oba, Ewuare II – great-great-grandson of the king deposed by the British – will remain committed to it, and the principle that the Benin Bronzes should come home.

So what does all this say about the restitution cause?

There are many, in Nigeria and beyond, who see this as a matter of principle.

The Benin Bronzes were stolen. It is offensive, they say, to make their return conditional on the construction of a museum, or the machinations of Nigerian politics, just as it is offensive to talk about loans, not permanent returns.

The opening of a museum in Benin City, full of magnificent Benin Bronzes returned from Europe, would be one of the most significant moments in African cultural history since independence.

Culled from an article by Barnaby Phillips for BBC