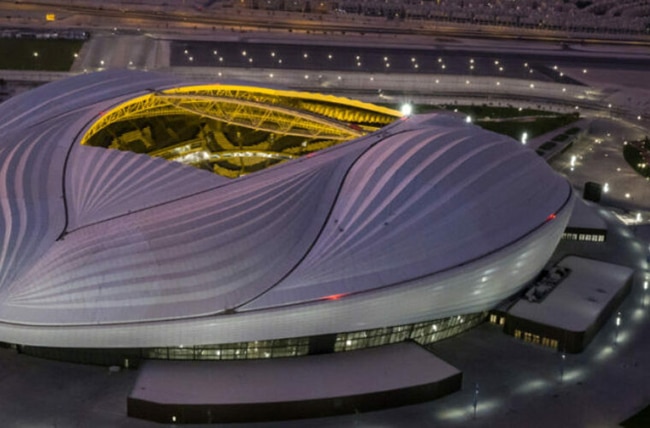 The men’s World Cup has had 21 editions since its inauguration in 1930 but Qatar 2022 from all indications will be a tournament like no other. Qatar was announced as the host city 12 years ago.

Qatar began preparations after being announced host 12 years ago. The World Cup started with the opening ceremonies kicking it off at Qatar’s Al Bayt Stadium on Sunday, November 20.

This was the first time the Qatari men’s national team had participated in a World Cup finals, having been unable to qualify but now can as the host.

Qatar lost 2-0 to Ecuador led by Enner Valencia, who netted two unanswered goals on a penalty kick and later a header.

The World Cup has always been held in either May, June or July but Qatar 2022 but out of necessity Qatar had to break with tradition. Temperatures in Qatar can reach over 40 degrees Celsius over those months so the tournament had to be moved to a cooler time and organizers plan to combat the heat with multiple methods, such as high-tech cooling systems in stadiums.

The change in tournament dates has affected the schedule of some of the biggest domestic leagues in the world. All of Europe’s top leagues have had to work a winter break into their schedules, meaning congested fixture lists before and after the tournament.

One of FIFA’s justifications for awarding Qatar the hosting rights was the ability to take the tournament to a new part of the world.

None of the 21 previous World Cups have been held in an Islamic country and this month’s tournament will be a chance for the region to celebrate its growing love for the game.

However, the place that alcohol holds with many sports fans has raised a few problems that organizers have had to deal with. In Qatar, though, it’s illegal to be seen drunk in public, which has forced organizers to come up with inventive ways to circumnavigate the issue.

The plan is that alcohol will only be served in designated fan parks around Doha and there will be separate areas for fans to sober up before and after matches.

The question of how the country will be able to deal with the influx of an expected one million visitors is being put to the test. Qatar is the smallest country to host the World Cup, with a population of just under three million.

All eight stadiums are in and around Doha, the capital city, and are all within an hour’s drive of each other.

Organizers say the travel infrastructure – including buses, metro and car hires – will be able to cope with the increased pressure.

Due to its size, Qatar has also had to be smart with its accommodation. Two cruise ships, MSC Poesia and MSC World Europa, are being moored in Doha to provide some support to hotels.

In Doha, there were disordered areas at the FIFA fan festival in Al Bidda Park after tens of thousands of fans packed the venue. The venue, which has a capacity of 40,000 people, was overwhelmed by at least twice that number and police ultimately had to shepherd thousands of angered fans out of the holding area between the main festival park and the perimeter entrance.

It, alongside Qatar, pledged to offset carbon emissions by investing in green projects and buying carbon credits – a common practice used by businesses to “cancel out” the impact of a carbon footprint.

Qatar, the world’s largest emitter per capita of carbon dioxide, has said it will keep emissions low and remove as much carbon from the atmosphere as the tournament produces by investing in projects that will capture the greenhouse gases.

Yamashita Yoshimi, Salima Mukansanga and Stephanie Frappart have all been named among the 36 officials selected for the tournament.

They will be joined by Neuza Back, Karen Diaz Medina and American Kathryn Nesbitt, who will be traveling to the Gulf nation as assistants.

Frappart is arguably the most famous name on the list after she wrote her name into the history books in 2020 by becoming the first woman to take charge of a men’s Champions League match.

But looking to learn from her in Qatar is Rwanda’s Mukansanga, who told CNN that she was excited to embrace the challenge of refereeing at a major tournament.

“I would look at what the referees are doing, just to copy the best things they’re doing, so that one day I would be in the World Cup like this,” she said, adding that her family couldn’t wait to see her take to the pitch.

It’s not yet decided when the women will be refereeing their first match at the tournament, but there will be some new rules to enforce.

For the first time, teams will be able to use up to five substitutes and managers can now pick from a squad of 26 players, rather than the usual 23.