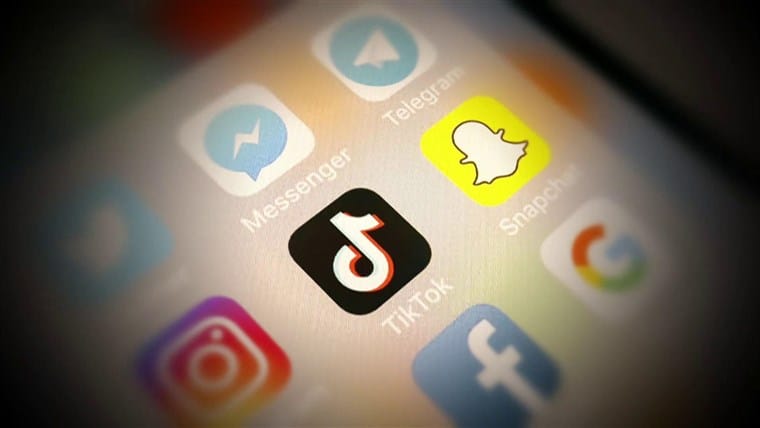 So should you delete TikTok?

The privacy concerns came to a head last week with reports that the U.S. is planning to ban TikTok.

On July 7, Secretary of State Mike Pompeo said the U.S. was considering banning TikTok, and warned it puts “your private information in the hands of the Chinese Communist Party.” The Democratic National Committee had on July 10, cautioned staffers about using it. (The same day, Amazon told employees to stop using the TikTok app on work phones — but later said that order was sent in error.

But why all these concerns? TikTok is owned by a Beijing-based company called ByteDance but these issues are not only happening in the U.S. Last month, India banned TikTok and several apps from China, mentioning security concerns. There was also similar privacy issues raised last year with the Russian-made FaceApp, a program that takes photos of people and “ages” them using artificial intelligence.

The issue now is that getting everyone to delete TikTok out of caution isn’t so simple — it has been downloaded more than 2 billion times and is Generation Z’s favorite app, creating culture especially through recorded dance moves.

TikTok has taken some steps to distance itself from its owner — the app isn’t even available directly in China. In May, it also hired an American CEO from Disney, Kevin Mayer.

Though TikTok insists it does not and will never share data with the Chinese government, the issue it seems is that most governments do not know whether TikTok could indeed resist Chinese authorities if it demanded users’ data, but there’s no indication of that so far, said Adam Segal, an expert on Chinese technology and national security at the Council on Foreign Relations.

“Protecting the privacy of our users’ data is of the utmost importance to TikTok,” said spokeswoman Ashley Nash-Hahn. “TikTok collects much less U.S. user information than many of the companies in our space and stores it in the U.S. and Singapore. We have not, and would not, give it to the Chinese government.”

Though  TikTok doesn’t seem to grab any more personal information than Facebook. That’s still an appalling amount of data to mine about individual  lives.

For now, it comes down to whether you inherently distrust data mining from Chinese-owned companies more than data mining from U.S.-owned ones. Remember to put into consideration that companies in China probably make your phone, laptop and TV, too.

What data does TikTok gather?

Aside from every TikTok video you watch — and how long you watch it for — TikTok has the full contents of private messages you can also send through its app.

It also gathers your country location, Internet address and the type of device you’re using. If you give it permission, it will also grab your exact location, your phone’s contacts and other social network connections, as well as your age and phone number.

That all adds up to a profile of you useful not only to target ads, but also to understand who you are, who your friends and family are, what you like, what you find funny and what you say to your friends.

Jackson, from Disconnect, said the app sends an “abnormal” amount of information from devices to its computers. When he opened TikTok, he found approximately 210 network requests in the first nine seconds, totaling over 500 kilobytes of data sent from the app to the Internet. (That’s equivalent to half a megabyte, or 125 pages of typed data.) Much of it was information about the phone (like screen resolution and the Apple advertising identifier) that could be used to “fingerprint” your device even when you’re not logged in.

In March, app developers at a company called Mysk discovered TikTok was accessing the contents of people’s iPhone clipboards every few seconds, even when the app was running in the background. TikTok said it was an anti-spam measure, and has updated the app to stop it.

In December, researchers at Israeli security firm Check Point said they found bugs in the app that could have let attackers access personal data, which the company also says it fixed.

Last but not least: In 2019, TikTok paid $5.7 million to the Federal Trade Commission for violations of America’s children’s privacy law by its predecessor Musical.ly, which it acquired in 2017. It has since increased parental controls, though some children’s advocacy groups say it is not sufficient.

In some ways, TikTok gathers less data. In addition to most of the types of personal information we saw TikTok gathering, Facebook also tracks users across devices, and inside other apps and websites. Note that Facebook even tracks when you are not using it and your phone is off.

Facebook has also had issues with the FTC, including a $5 billion settlement over privacy invasions — the largest fine in the FTC’s history.

What can you do to reduce your privacy risk and keep using TikTok?

A TikTok privacy setting called “personalized ads” will let you stop the app from using your information to target you with ads, but it won’t stop TikTok from collecting the data in the first place.

You can also use TikTok without giving it your phone number or email by never logging in — you can still watch videos in the app and on the open Web, though you won’t be able to follow specific accounts or upload videos of your own. And this still won’t stop TikTok from gathering other information about your device.

What you need to know about data

iPhones and Android phones: Hidden trackers in apps share personal information — even while you and your phone are asleep.

Alexa: By default, Amazon keeps a copy of everything Echo smart speakers record.

Credit cards: Data about your purchases are up for grabs from your bank to the store where you’re shopping.

TVs: Once every few minutes, smart TVs beam out a snapshot of what’s on your screen.

Cars: Automakers use hundreds of sensors and an always-on Internet connection to record where you go and how you drive.

Web browsers: Google’s Chrome loaded more than 11,000 tracker cookies into our browser — in a single week.

Browser extensions: Add-ons and plug-ins can see and share everything you do on the Web.