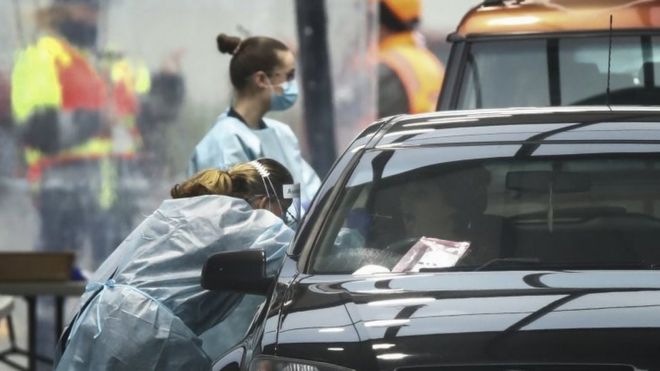 Australia is experiencing a resurge of the coronavirus. Melbourne announced 270 new cases on Tuesday, following an increase of 177 on Monday.

The chief health officer said 28 of the new cases had been linked to a known outbreak, but that the rest were still being investigated.

Last week, Melbourne came down hard with strict public health emergency measures, establishing a “hard boundary” around the city and the closing of its borders with New South Wales in an effort to stop the spread of the disease.

“We have over 1,800 active cases in Victoria,” Sutton said. “That’s a really significant number of people with coronavirus, and it does mean that in the next fortnight we’re going to see a number of people who will require hospital.”

He said the state’s surge in cases will result in at least 200 people requiring hospital care within the next two weeks.

Meanwhile, the state of South Australia has decided to delay lifting border restrictions imposed on the capital, Canberra and New South Wales, where a rise in COVID-19 cases in Sydney has caused concern.

Australia’s cases peaked in late March, but had fallen a lot in the weeks after. However, they have started to rise again since late last month. More than 10,000 Australians have tested positive for the coronavirus since the start of the pandemic, with 108 deaths.