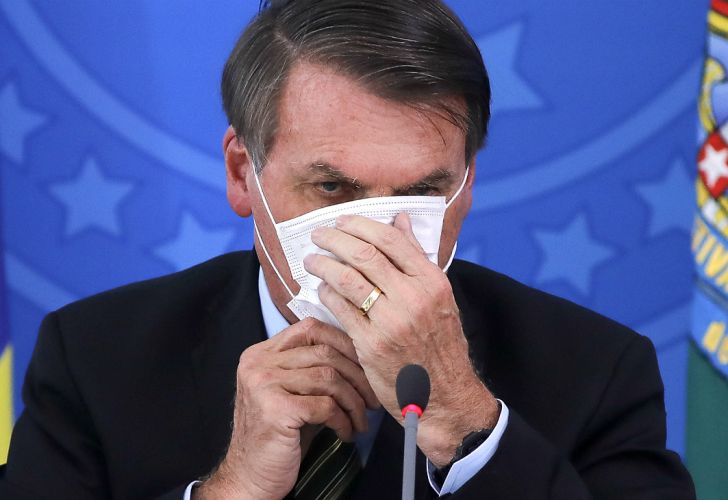 The  Brazilian President Jair Bolsonaro said this in an online broadcast from the presidential residence as defiant as in previous occasions.

Bolsonaro repeated his view that the growing economic crisis from the pandemic is more dangerous than the virus. He said the country needs to be reopened for business, saying that “otherwise the consequences will be harmful for Brazil,”

He said he is “doing very well” one day after testing positive for coronavirus.

Bolsonaro tested positive for the disease on Tuesday after spending the weekend  a mask-free attendance at an Independence Day celebration at the U.S. Embassy.

“Be assured that for you the chance of something more serious is close to zero,” Bolsonaro assured citizens during the announcement of his illness on Tuesday.

Bolsonaro had downplayed the risks of the coronavirus, once telling supporters because of his history of athleticism, he would not worry if he became infected.

Local government and public health officials have encountered several obstacles to enforcing necessary safety precautions. In several cases, such as indoor mask mandates and social distancing enforcement, Bolsonaro has personally intervened and vetoed the legislation. He has claimed such precautionary measures dampen the embattled Brazilian economy.

Two health ministers during the pandemic, both trained doctors, were fired by Bolsonaro in recent months and were replaced with an active-duty army general on an interim basis.

With 1.6 million confirmed cases and at least 66,000 deaths, Brazil’s death toll trails only that of the United States.

The 65-year-old former Army captain said he planned to work via videoconference and sign as few documents as possible during the course of his illness.