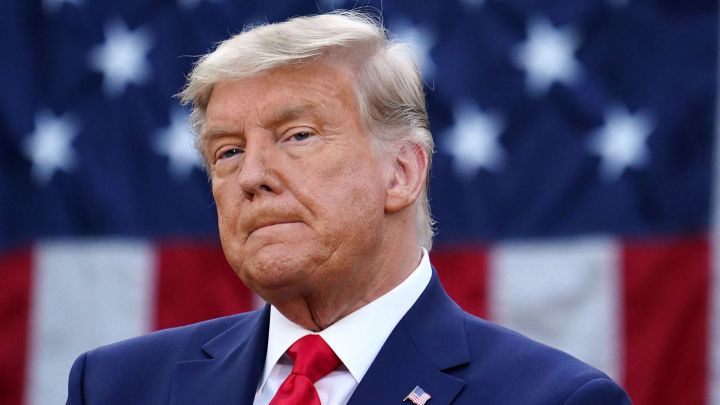 The president said the federal agency overseeing the handover must “do what needs to be done”.

He has vowed to keep contesting his election defeat and The General Services Administration (GSA) said it was acknowledging Mr Biden as the “apparent winner”.

This came as Mr Biden’s victory in the state of Michigan was officially certified, a major blow to Mr Trump.

The GSA announcement means the president-elect now has access to top security briefings, office space and government officials as he prepares to take office on 20 January.

His transition website has now changed to a US government domain. He has begun announcing the people he wants in the top jobs in his cabinet on Tuesday.

Biden’s team responded by welcoming the start of the transition process as the Democratic president-elect gears up to be sworn in.

“Today’s decision is a needed step to begin tackling the challenges facing our nation, including getting the pandemic under control and our economy back on track,” a team statement said.

Earlier, Mr Biden unveiled his nominations for his foreign policy and national security team, consisting of old colleagues from his years in the Obama administration.

He has chosen to appoint Anthony Blinken as secretary of state and John Kerry as climate envoy, while Janet Yellen is tipped to be the first female US treasury secretary.

Most of the appointments will require Senate confirmation.

Mr Trump said: “In the best interest of our Country, I am recommending that Emily and her team do what needs to be done with regard to initial protocols, and have told my team to do the same.”

He went on to repeat unsubstantiated claims of corruption, pledging to keep up the “good fight”. It is worth noting that Mr Trump does not have to concede for Mr Biden to be sworn in as the 46th US president.

Although most of Mr Trump’s fellow Republicans have united behind his refusal to accept defeat until now, some have increasingly been breaking rank.

Tennessee Senator Lamar Alexander, who is retiring, said the president should “put the country first” and help Mr Biden succeed.

“When you are in public life, people remember the last thing you do.”