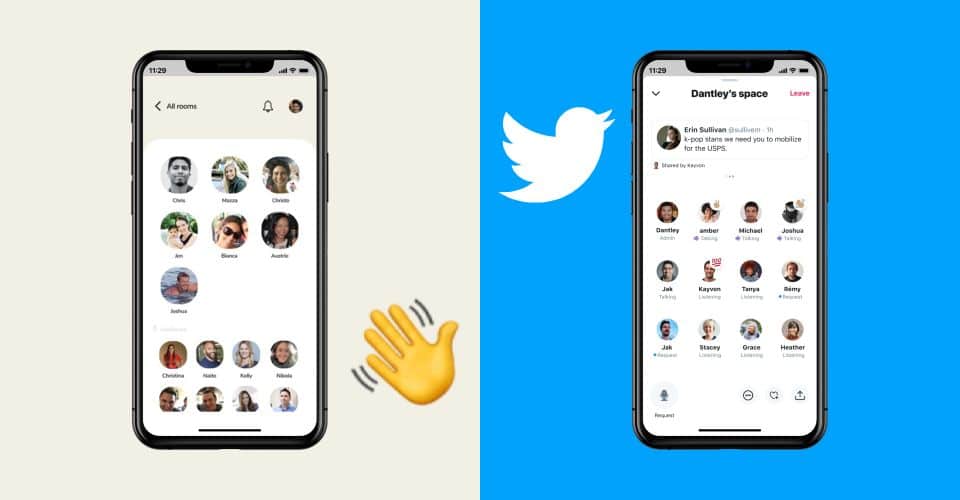 After the growing success of audio social media Clubhouse, Twitter announced in March that it would make Spaces, its live audio social service, available to all users in April.

Twitter Spaces are public, and appear on top of the timeline along with Fleets. It will show up only when someone you follow has started a Space. Then you can join the conversation as a listener

Spaces are live audio chatrooms in which Twitter users host a variety of conversation topics, Hosts can decide who to invite — choosing from anyone on Twitter, followers of the host, or through a DM invite. Invited Twitter users join a Space by clicking the Space icon at the top of the app timeline. Each Space allows up to 11 people to speak at a given time or one when the host gives the mic or a listener request the mic. Listeners can also view captions of the speakers, while Hosts can also report or block people to prevent harassment issues.

While Clubhouse is still working on an Android version, Twitter Spaces is already available on both iOS and Android smartphones, giving it an adoptability advantage. Twitter has gone a step ahead already to ensure that users will soon be able to participate on Spaces through a desktop or laptop computer. The broader user access of Twitter Spaces may help Twitter establish audio social communities with wider involvement.

Joining Clubhouse is an “invite only” process — you need to know someone with the app to get into a Clubhouse room. This “exclusivity” appeals to a lot of people.

Twitters other advantage is that it has been a reliable platform and virtual meeting place for many industries and individuals for far longer.  A news and marketing platform; the “owner” of hashtag-based gatherings, the place for breaking news. The informal establishment of cultural groups such as Black Twitter has revolutionized how intersectional culture issues can be displayed to inform marketing brands.

But Twitter like all social media has had the continual challenges of the spread of misinformation which continued measures are being taken to limit.

In contrast live audio chatrooms allows people to virtually meet and speak without that burden.

Clubhouse is quite new and doesn’t have that carry-over yet but moderation to prevent harassment is one concern. Privacy experts have also been critical of the type of personal data being included with Clubhouse registrations.