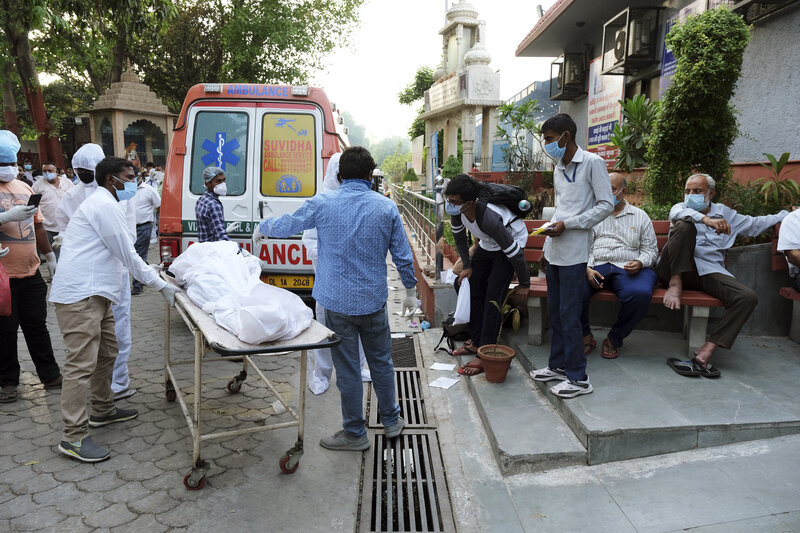 The Indian covid variant, known as B.1.617, and recent crowded events seem to be the main culprits in Covid spike in the country

As at yesterday, the country has reported 346,786 new cases of COVID-19 for the previous 24 hours, with 2,624 deaths – the world’s highest daily toll since the pandemic began last year. At last tally, nearly 190,000 people have died from COVID in the country, while more than 16.6 million have been infected.

The new outbreak in India is so bad that hospitals are running out of oxygen and beds, and many people who have been taken ill are being turned away.

New Zealand, Hong Kong, the UK and the US have either banned direct flights to and from India, or have advised citizens against travelling altogether; and the list may well get longer.

For a country where COVID numbers appeared to be dropping dramatically just a few weeks ago, what has gone so wrong in India?

The Indian variant, known as B.1.617, seems to be the main culprit in Covid spike in the country

Since April 15, India has been reporting more than 200,000 cases of coronavirus every day and its capital, Delhi, recently announced a week-long lockdown after a rise in cases there.

“If we don’t impose a lockdown now, we might face a bigger calamity,” Delhi Chief Minister Arvind Kejriwal said as he addressed the city on Indian television on April 19. Worryingly, bed spaces and oxygen supplies in hospitals appear to be stretched, with reports of sick patients being turned away from hospitals and social media feeds filled with distraught family members whose loved ones cannot access the healthcare they need.

On Wednesday this week, as the COVID toll was rising, Delhi’s highest court took the unusual step of publicly criticising the central government and its approach to managing the country’s oxygen crisis. The court was hearing a petition filed by Max Hospitals seeking urgent help to tide over the oxygen shortage it was facing in six of its hospitals in the capital. “Human lives are not that important for the State it means. We are shocked and dismayed that government doesn’t seem to be mindful to the extremely urgent need of medical oxygen,” the Bench stated. “We direct Centre to provide safe passage…so that such supplies are not obstructed for any reason whatsoever,” it said. “Hell will break loose [if oxygen is not supplied].”

Crowded events organised in the run-up to elections have also been pointed to as another reason. President Modi himself had been on the campaign trail addressing election rallies in Kerala, Tamil Nadu and Puducherry on March 30 as the upturn of cases began. Large groups and social gatherings during religious festivals have also played a part, as well as the re-opening of public spaces and easing of lockdown measures which took place gradually throughout 2020 with the final “unlocking” of restrictions happening in December 2020.

There is also much concern about the emergence of new variants of the coronavirus in India. It is thought the dominant strain in the country now is the variant which was first identified in the UK, and which has shown to be up to 60 percent more transmissible between humans.

On March 25, it was further announced that a new “double mutant” variant had been detected in India, now known as the “Indian variant”. This development is what has other countries spooked.

The Indian authorities do not think this new variant has yet become the dominant COVID strain in the country, but it is likely to be contributing to the increasing numbers.

Genome sequencing of the new variant has shown that it has two important mutations:

2. The L452R mutation: This has also been found in a variant thought to be responsible for outbreaks in California. This variant is thought to increase the spike protein’s ability to bind to human host cells, thereby increasing its infectivity. A study of the mutation also suggests it may help the virus to evade the neutralising antibodies that both the vaccine and previous infection can produce, though this is still being examined.

Urgent help and support is needed for India’s healthcare system and the only way to do that is to ramp up the vaccination programme, strengthen social distancing procedures and re-introduce lockdown measures.