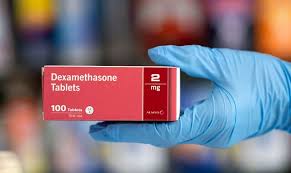 The steroid dexamethasone, which is commonly available has been said to lessen the risk of death in very ill coronavirus patients by about a third, according to clinical trial results reported on Tuesday as a “major breakthrough.” Though the drug did appears not to help less severely ill patients.

The researchers who were led by a team from the University of Oxford administered the low-cost and commonly available drug to more than 2,000 severely ill COVID-19 patients. Among the very sick who could only breathe with the help of a ventilator, dexamethasone reduced deaths by 35%. It reduced deaths by about 20% among patients who were receiving oxygen only, according to preliminary results.

Dexamethasone is an anti-inflammatory drug normally used to treat a range of allergic reactions as well as rheumatoid arthritis and asthma.

Daily doses of the steroid, report said could prevent one in eight ventilated patient deaths and save one out of every 25 patients requiring oxygen alone.

“Dexamethasone is the first drug to be shown to improve survival in COVID-19. This is an extremely welcome result,” said Peter Horby, professor of Emerging Infectious Diseases in the Nuffield Department of Medicine, University of Oxford. “Dexamethasone is inexpensive, on the shelf, and can be used immediately to save lives worldwide.”

It was explained that the drug helps by reducing dangerous inflammation that can overwhelm the body as a patient tries to fight off the virus.

The research has not yet been published in a peer-reviewed journal, but experts are encouraged by the findings.

Other drugs have been tested as potential treatments against the covid-19 with mixed results.

Trials of the anti-malaria drug hydroxychloroquine were halted in several countries after a major study in The Lancet medical journal which has been retracted suggested it was no help to COVID-19 patients and even increased the risk of death. That study has since been retracted, but other researches have suggested the same. The FDA has stopped its emergency use.

Remdesivir, an anti-viral drug that appears to reduce the length of hospitalization for some patients, is already being used in Britain, but one study in April showed it had “no clinical benefit.”

More than 8 million people worldwide have tested positive for COVID-19 and over 437,000 people have died of coronavirus.