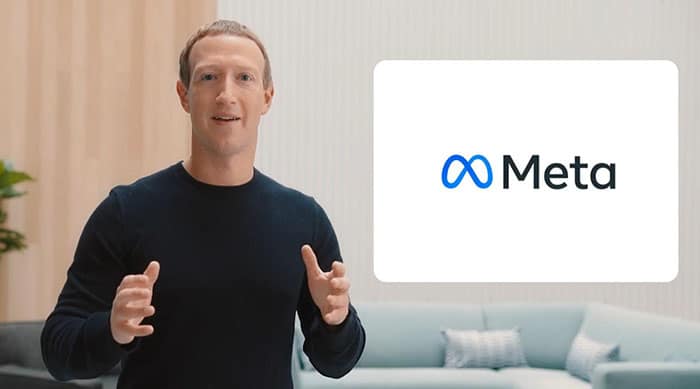 Formerly known as Facebook and, owning the platforms including Instagram and WhatsApp, the company last week, announced their decision to rebrand itself from Facebook Inc to Meta Platforms, or Meta for short. The new parent company that will encompass all of the organization’s businesses and will be the start of his anticipated “metaverse”.

The announcement came as a surprise to the teeming consumers of the apps, but the founder Mark Zuckerberg, claimed that the renaming was to indicate that the company was branching out and was linked to more than one product.

First, what is Meta?

Zuckerberg also mentioned that Meta means beyond, with reference to the company’s work to “move beyond what’s possible today”. “Meta can mean ‘beyond’, and contains our commitment to building social technologies that take us beyond what is possible today through the digital connection.” explained the billionaire during the great announcement last Thursday.

This means that over time the company will take the spotlight off of Facebook, with the letter also claiming that over time people won’t need Facebook accounts to access other services.

No. The change occurred at the business level and not directly on the social network of the same name. Meaning there is no plan yet to move your Facebook profile to another platform and no change is planned. So far, the company has not announced any news in this regard, so everything indicates that their social networks and companies will not have modifications either.

The only change so far

If you notice, every time you open the apps already mentioned, under the name at the bottom of the screen, the legend “from Facebook” appears. Well now this text will change to “from Meta” in future versions of WhatsApp, according to the Wabetaininfo portal, which even shared images of what the intro of the application will look like

The image caption “from Facebook “or “from Meta also appears in the Settings section. According to users of the beta version of WhatsApp on iOS, they can already see the change.