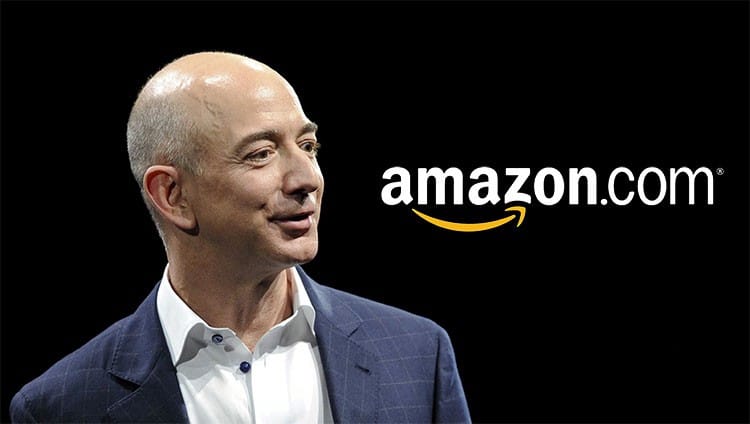 In the midst of the coronavirus pandemic and ensuing lockdown, the Amazon CEO and entrepreneur, Jeff Bezos, has grown his vast fortune by a further $24bn, a roughly 20% increase over the last four months to $138b.

It has been a long journey on the road to success for Jeff Bezos. He began his career in the hedge fund world in the 90s, then left the lucrative job to launch his own startup. Let us start from the beginning.

Jeff Bezos’ mom was a teenager when she had him in January 1964. She married Cuban immigrant Mike Bezos, who adopted Jeff when he was 4. Jeff didn’t learn that Mike wasn’t his real father until he was 10, he has stated on several occasions how he never missed his biological dad.

Bezos has always showed signs of brilliance. When he was a toddler, he took his crib apart with a screwdriver because he wanted a real bed.

From ages 4 to 16, Bezos spent summers on his grandparents’ ranch in Texas, doing things like repairing windmills and castrating bulls. His grandfather, Preston Gise, a retired Regional Director of the US Atomic Energy Commission, was a huge inspiration for Bezos and helped kindle his passion for intellectual pursuits. At a commencement address in 2010, Bezos said Gise taught him “it’s harder to be kind than clever.”

In school, Bezos told teachers “the future of mankind is not on this planet.” As a kid, he wanted to be a space entrepreneur. He now owns a space-exploration company called Blue Origin.

After spending a summer working at McDonald’s as a teen, Bezos, together with his girlfriend, started the Dream Institute, a 10-day summer camp for kids. They charged $600 a kid and managed to sign up six students. The “Lord of the Rings” series made the required reading list.

Bezos eventually went to college at Princeton and majored in computer science. Upon graduation, he turned down job offers from Intel and Bell Labs to join a startup called Fitel. After he quit Fitel, Bezos considered partnering with Halsey Minor who would later found CNET to launch a startup that would deliver news by fax.

Instead, he got a job at the hedge fund D.E. Shaw. He became a senior vice president in four years.

And being the geek he is, Bezos as part of his scheme to find a partner drawn up an analytic process – a system he called “women flow just as the hedge funds have a process for increasing their “deal flow”. It wasn’t successful. Fortunately, He met and married  married MacKenzie Tuttle, a D.E. Shaw research associate, in 1993. She’s now a novelist. The couple has four kids together. But they divorced 5th of July 2019.

In 1994, Bezos read that the web had grown 2,300% in one year. This number astounded him, and he decided he needed to find some way to take advantage of its rapid growth. He made a list of 20 possible products to sell online and decided books were the best option. He decided to leave D.E. Shaw even though he had a great job.

“When you are in the thick of things, you can get confused by small stuff,” he said later . “I knew when I was 80 that I would never, for example, think about why I walked away from my 1994 Wall Street bonus right in the middle of the year at the worst possible time. That kind of thing just isn’t something you worry about when you’re 80years old. At the same time, I knew that I might sincerely regret not having participated in this thing called the Internet that I thought was going to be a revolutionizing event. When I thought about it that way it was incredibly easy to make the decision.”

His boss at the firm, David E. Shaw, tried to persuade Bezos to stay. But Bezos was already determined to start his own company. He felt he’d rather try and fail at a startup than never try at all.

So the Amozon journey began.  MacKenzie and Jeff flew to Texas to borrow a car from his father, and then they drove to Seattle. Bezos was making revenue projections in the passenger seat the whole way. Jeff Bezos  started Amazon.com in a garage with and held most of his meetings at the neighborhood Barnes & Noble.

In the first month of its launch, Amazon sold books to people in all 50 states and in 45 different countries. And it continued to grow. Amazon went public on May 15, 1997.

When the dot-com crash came, analysts called the company “Amazon.bomb.” But it weathered the storm and ended up being one of the few startups that wasn’t wiped out by the dot-com bust.

It has now gone beyond selling books to offering almost everything you can imagine, including appliances, clothing and even cloud computing services.

In 1998, Bezos became an early investor in Google. He invested $250,000, which was worth about 3.3 million shares when the company went public in 2004. Those would be worth billions today

His space company Blue Origin made history in 2015 when it became one of the first commercial companies to successfully launch a reusable rocket.

In 2003, Bezos almost died in a helicopter crash in Texas while scouting a site for a test-launch facility for Blue Origin.

In August 2017, Amazon officially acquired Whole Foods for $13.7 billion. Almost a year later, the changes to the popular grocery store are visible: Customers who are Amazon Prime subscribers can get 10% of sale prices, and you’ll see some Amazon branded items offered, including tech products like the popular Amazon Echo line.

In July 2017, Bezos became the world’s richest person for the first time, surpassing Microsoft founder Bill Gates. At the time, his net worth was more than $90 billion. While Gates reclaimed his top spot shortly after, Bezos became No. 1 again after Amazon released its Q3 2017 earnings in late October. Now, he’s holding steady as the richest person in modern history.

Despite his high net worth, Bezos doesn’t actually take home a high salary, comparatively speaking. His annual salary comes out to $81,840, according to Bloomberg.

Much of Bezos’ wealth comes not from his salary but from the Amazon shares he owns.Bezos currently holds 78,893,033 shares in Amazon, accounting for a 16.3% ownership stake .

Amazon became the second US company after Apple to reach a $1 trillion valuation after its stock gained 2% to hit the magic number of $2,050.27 per share. However, it quickly dipped below that magic threshold in intraday trading.

In January 2019, Bezos and his wife of 25 years, novelist MacKenzie Bezos, announced they were divorcing. “As our family and close friends know, after a long period of loving exploration and trial separation, we have decided to divorce and continue our shared lives as friends,” the couple wrote in the statement. “If we had known we would separate after 25 years, we would do it all again.”

Challenge Accepted: The Meaning Behind The Hashtag