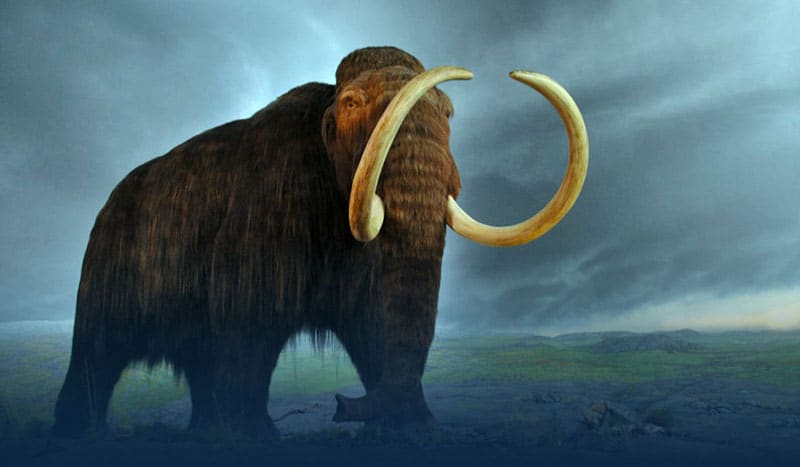 A company named Colossal plans to bring thousands of woolly mammoths back to Siberia armed with $15 million in private funding.

Tis announcement was made on Monday by their team of scientists and entrepreneurs  stating that they have started a new company to genetically resurrect the woolly mammoth and place thousands of them back on the Siberian tundra, thousands of years after they went extinct.

The company, which has received $15 million in initial funding, will support research in Dr. Church’s lab and carry out experiments in labs of their own in Boston and Dallas.

A former researcher, Eriona Hysolli, will oversee the new company’s efforts to edit elephant DNA, adding genes for mammoth traits like dense hair and thick fat for withstanding cold. The researchers hope to produce embryos of these mammoth-like elephants in a few years, and ultimately produce entire populations of the animals.

Other researchers are deeply skeptical that Colossal will pull off such a feat. And if Colossal does manage to produce baby mammoth-like elephants, the company will face serious ethical questions. Is it humane to produce an animal whose biology we know so little about? Who gets to decide whether they can be set loose, potentially to change the ecosystems of tundras in profound ways?

Dr. Church, who is best known for inventing ways of reading and editing DNA, wondered if he could effectively revive an extinct species by rewriting the genes of a living relative. Because Asian elephants and mammoths share a common ancestor that lived about six million years ago, Dr. Church thought it might be possible to modify the genome of an elephant to produce something that would look and act like a mammoth.

Beyond scientific curiosity, he argued, revived woolly mammoths could help the environment. Today, the tundra of Siberia and North America where the animals once grazed is rapidly warming and releasing carbon dioxide. “Mammoths are hypothetically a solution to this,” Dr. Church argued in his talk.

Today the tundra is dominated by moss. But when woolly mammoths were around, it was largely grassland. Some researchers have argued that woolly mammoths were ecosystem engineers, maintaining the grasslands by breaking up moss, knocking down trees and providing fertilizer with their droppings.

Dr. Church’s proposal attracted a lot of attention from the press but little funding beyond $100,000 from PayPal co-founder Peter Thiel.

The company’s initial funding comes from investors ranging from Climate Capital, a private equity firm that backs efforts to lower carbon emissions, to the Winklevoss twins, known for their battles over Facebook and investments in Bitcoin.

But no one has ever harvested eggs from an elephant. In case it doesn’t work, Dr. Hysolli and her colleagues will also investigate turning ordinary elephant tissue into stem cells, which could possibly then be coaxed to develop into embryos in the lab.

Heather Browning, a philosopher at the London School of Economics, said that whatever benefits mammoths might have to the tundra will need to be weighed against the possible suffering that they might experience in being brought into existence by scientists.

“You don’t have a mother for a species that — if they are anything like elephants — has extraordinarily strong mother-infant bonds that last for a very long time,” she said. “Once there is a little mammoth or two on the ground, who is making sure that they’re being looked after?”

And Colossal’s investors may have questions of their own: How will these mammoths make any money? Mr. Lamm predicted that the company would be able to spin off new forms of genetic engineering and reproductive technology.

“We are hopeful and confident that there will be technologies that come out of it that we can build individual business units out of,” Mr. Lamm said. “But in the short term, our focus is really just making those technologies that we know will speed up the process and the efficiency of not just bringing back the mammoth, but in the rewilding of the mammoth.”

Dr. Shapiro of U.C. Santa Cruz is skeptical about the company’s prospects. “It feels to me that a mammoth is a long way in the future,” she said. Nevertheless, she applauded the company’s launch and hopes it will deliver scientific advances that could help species that are endangered but not yet extinct.

For example, scientists may be able to use Colossal’s advances to save species under threat from diseases by endowing them with genes for resistance to a pathogen, she said. Other species might be enriched with genes to better tolerate heat and drought brought on by climate change.

“I worry that for lots of species today, the pace of climate change and the pace of habitat degradation is such that evolution isn’t going to be able to save them,” Dr. Shapiro said. “We need to intervene even more.”