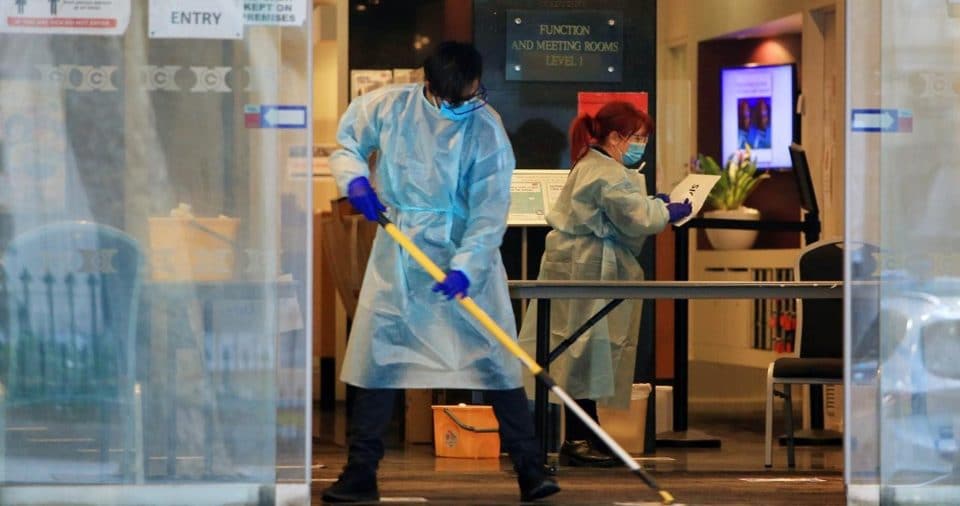 Australian authorities are calling on more than 200 former residents of coronavirus quarantine facilities in Australia to test for blood-transmitted diseases, including HIV, after authorities admitted they used the same blood-testing devices for multiple guests.

Earlier breaches at Victoria quarantine hotels led to a Covid-19 outbreak in Melbourne, forcing the country’s second biggest city into a strict lockdown.

Victorian health agency, Safer Care Victoria  released a statement Monday, saying it was contacting 243 people who had a blood glucose level test before August 20 as there was a risk of cross-contamination and blood-borne viruses, including HIV.

“The clinical risk of infection is low. However, for reassurance, access to confidential testing will be arranged,” Safer Care Victoria said in a statement.

Australia closed its borders to all non-citizens and residents in March, and any returning travelers is to paay 3,000 Australian dollars ($2,110) to spend two weeks in a state quarantine facility.Thousands of travelers have done this since then, staying in the “quarantine hotels” — but not all of them require a blood glucose level test.

These devices — which take a finger prick to get a drop of blood — are used to test blood glucose levels in people unwell.

The devices are designed for several uses by one person but were used in this case for multiple residents, Safer Care said. The needles can be changed between use, but the devices can retain microscopic amounts of blood.

According to Safer Care, there is no risk that the devices could have transmitted coronavirus as it’s not spread by blood. But there is a “low clinical list” of the spread of Hepatitis B and C, and HIV.

“The clinical risk is low,” said Safer Care deputy CEO Ann Maree Keenan. “Right now, we won’t be able to answer the many questions people will have about how this happened. Be assured that Safer Care Victoria is conducting a full review into how and why this device came to be in use.”

The testing mistake also comes as Australia’s so-called travel bubble with New Zealand – has been launched.

Australia announced earlier this month that it would establish a “safe travel zone” with neighboring New Zealand, allowing people to travel quarantine-free from New Zealand to two states — New South Wales and the Northern Territory. Border restrictions remain in place within Australia.

The bubble is only one-way: New Zealand — which has reported fewer than 2,000 Covid-19 cases and 25 deaths — still requires return travelers to undergo a 14-day quarantine in a state facility at a cost of 3,100 New Zealand dollars ($2,040).

Problems with the policy occurred soon after the first flights from New Zealand to Australia landed in Sydney on Friday.

Up to 65 New Zealanders were reported to have traveled on to Melbourne, which is not included in the bubble, according to Australian national broadcaster ABC. Authorities have subsequently contacted most of those believed to be in Melbourne, and they are not in quarantine.

But in a statement, a federal government spokesperson said the bubble was working exactly how it was outlined.

“It is exactly the same arrangement for if a traveler from any Australian state went to WA, they would be required to undertake hotel quarantine,” said the statement.

There are a lot of ties between Australia and New Zealand, which — under normal circumstances — have some of the most open border rules in the world.

An estimated 685,000 New Zealand citizens live in Australia, while there are around 70,000 Australians living in New Zealand, according to government data.